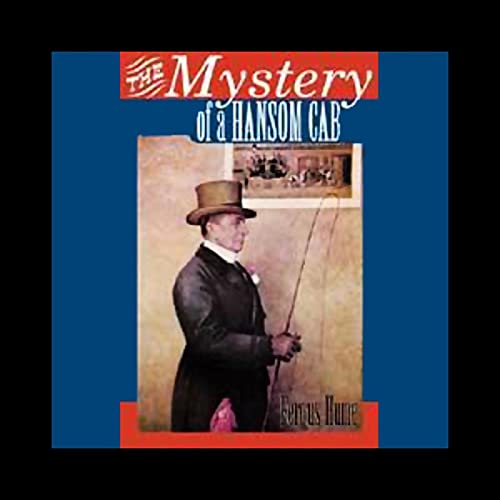 The Mystery of a Hansom Cab (Unabridged)

By: Fergus Hume
Narrated by: Walter Covell
Try for £0.00

One lonely night, a cabbie discovers that his intoxicated passenger has been suffocated with a handkerchief saturated in chloroform. The murderer, the victim, and the motive are all unknown.

Fergus Hume's first literary attempt became the best-selling mystery novel of the 19th century, exceeding even Sherlock Holmes. Hume was a law clerk in Australia, and thus the story takes place in the streets of Melbourne.

"An outstanding story and a superior tale of suspense." ( Editorial Review Service)

What listeners say about The Mystery of a Hansom Cab (Unabridged)

Gripping classic dective novel, very well paced, old school but none the worse for that.

I do enjoy books set at this time. I prefer more of the history of that time mentioned

This mystery story is interesting and enjoyable for the most part, but it is sometimes slow. It also lacks the intensity and depth of characters that one sees in works by other mystery writers like Conan-Doyle or Christie. All things considered, not bad, but not spectacular.