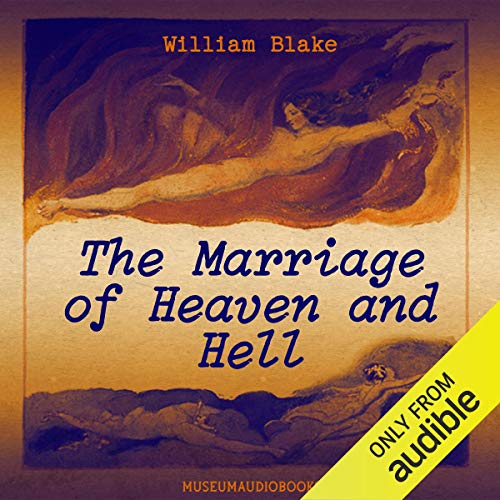 The Marriage of Heaven and Hell

By: William Blake
Narrated by: Frank Clem
Try for £0.00

The Marriage of Heaven and Hell by the English poet William Blake consists of a series of texts written in the style of biblical prophecy but expressing Blake's own beliefs. Composed between 1790 and 1793, the book makes reference to Milton and Swedenborg, and adopts a device from Dante's Divine Comedy and Milton's Paradise Lost: a visit to hell.

Blake expresses a deliberately depolarized and unified vision of the cosmos in which the material world and physical desire are both part of the divine order. According to Blake, good and bad are interwoven parts of existence, so shutting out the bad will deny the good.

The style is prose except for the opening poem "Argument and the Song of Liberty". “Attraction and Repulsion, Reason and Energy, Love and Hate, are necessary to human existence”, in his words.

What listeners say about The Marriage of Heaven and Hell