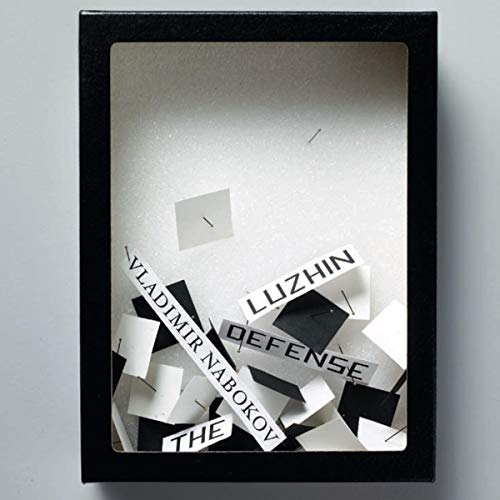 By: Vladimir Nabokov
Narrated by: Mel Foster
Try for £0.00

Nabokov’s third novel, The Luzhin Defense, is a chilling story of obsession and madness.

As a young boy, Luzhin was unattractive, distracted, withdrawn, sullen — an enigma to his parents and an object of ridicule to his classmates. He takes up chess as a refuge from the anxiety of his everyday life. His talent is prodigious and he rises to the rank of grandmaster — but at a cost: in Luzhin’s obsessive mind, the game of chess gradually supplants reality. His own world falls apart during a crucial championship match, when the intricate defense he has devised withers under his opponent’s unexpected and unpredictable lines of assault.

One of the 20th century’s master prose stylists, Vladimir Nabokov was born in St. Petersburg in 1899. He studied French and Russian literature at Trinity College, Cambridge, then lived in Berlin and Paris, where he launched a brilliant literary career. In 1940, he moved to the United States and achieved renown as a novelist, poet, critic, and translator. He taught literature at Wellesley, Stanford, Cornell, and Harvard. In 1961, he moved to Montreux, Switzerland, where he died in 1977.

What listeners say about The Luzhin Defense

Check it out, mate!

According to Wikipedia, Nabokov said of this novel: "Of all my Russian books, The Defense contains and diffuses the greatest 'warmth' -– which may seem odd seeing how supremely abstract chess is supposed to be." I was certainly drawn into the sad, obsessive world of the lonely child at its heart and his almost synesthetic escape into the abstraction of chess in an unhappy family. I lost awareness of the narrator very quickly, perhaps because for me, he was able to render dialogue convincingly without losing the strange detachment of the narrative tone. I would certainly recommend this unabridged version.

Nearly gave up, but glad I didn't

Well narrated, this is a gentle story that seems to lose its way as the hero (Luhzin) reaches adulthood, but the ending is sufficiently interesting to make me glad I persevered. Very good overall.

Life and chess are such lonely battles

"Let's start if you're willing."

G.K. Chesterton once famously quipped in his book 'Orthodoxy' that "Imagination does not breed insanity. Exactly what does breed insanity is reason. Poets do not go mad; but chess-players do. Mathematicians go mad, and cashiers; but creative artists very seldom."

Vladimir Nabokov’s th!rd novel about a lonely chess grandmaster reminds me of Franz Kafka and a little bit of Melville's 'Bartleby, the Scrivener'. While this isn't my favorite Nabokov (it isn't 'Pale Fire' or 'Lolita'), it is the sweetest. Most of Nabokov's characters are cold, irrational and distant. Luzhin is sad, über-rational and beautiful in his madness.

History is full of mathematicians, logicians, physicists, and chess Grand Masters whose search for logical conclusions, 'transfinite' sets, perfect stability, etc, drives them nuts. Men who hold an infinite series of answers and thus an infinite possibility for despair. Like Kafka once said, “There is an infinite amount of hope in the universe ... but not for us.”

To men like Luzhin, life and chess are such lonely battles.

The narrator's exaggerated, mocking voice for the main character makes this a painful listening experience.