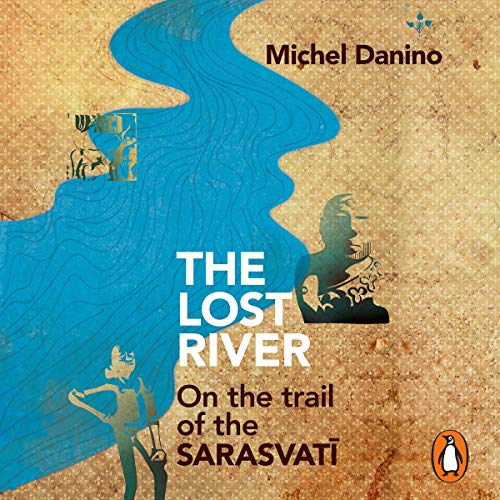 By: Michel Danino
Narrated by: Vishal Menon
Try for £0.00

The Indian subcontinent was the scene of dramatic upheavals a few thousand years ago. The Northwest region entered an arid phase, and erosion coupled with tectonic events played havoc with river courses. One of them disappeared. Celebrated as Sarasvati in the Rig Veda and the Mahabharata, this river was rediscovered in the early 19th century through topographic explorations by British officials. Recently, geological and climatological studies have probed its evolution and disappearance, while satellite imagery has traced the river's buried courses and isotope analyses have dated ancient waters still stored under the Thar Desert.

In the same Northwest, the subcontinent's first urban society, the Indus civilization, flourished and declined. But it was not watered by the Indus alone: since Aurel Stein's expedition in the 1940s, hundreds of Harappan sites have been identified in the now dry Sarasvati's basin. The rich Harappan legacy in technologies, arts and culture sowed the seeds of Indian civilization as we know it now.

Drawing from recent research in a wide range of disciplines, this book discusses differing viewpoints and proposes a harmonious synthesis - a fascinating tale of exploration that brings to life the vital role the lost river of the Indian desert played before its waters gurgled to a stop.

What listeners say about The Lost River

Really enjoyed the book and also the audio narration was descen.
This puts forth a strong case for the Cultural contunity from Indus Saraswathi and the Vedic culture.

This is a balanced, well-written book. The narrator mispronounces basic words, but is not bad. the book lays out its arguments clearly, and takes time to examine opposing viewpoints and the evidence they may be based on. You learn a lot about this ancient civilization, in easy to assimilate chapters. Early Vedic civilzation in the "Indus Valley" flourished at the same time as ancient Egypt, and you learn fascinating details of planned towns, Archaeological evidence of homes with running water and indoor plumbing etc. You also learn how geological events lea to the disappearance of the ancient River. Both continuity and tragedy are beautifully portrayed.
while the impact of Hindu thought on our country is pervasive (yoga, meditation, vegetarianism, non-violent political resistance) very few books explore India without either a Leftist or Christian (Missionary) bias. Cheap shots at an ancient culture whose current economic rise is ALWAYS contrasted with how poor some people are is the norm.

Really lived listening to this book. Michel Danino has done a lit of research on the sacred lost river Sarasvati and presents his research very. The content is great, the narrator is also good, but the editing needs improvement. Overall a good book that helped me learn more about my roots.