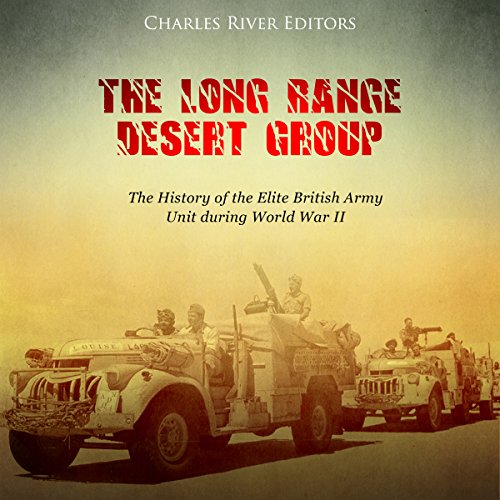 “The desert was quivering with heat. The gun detachments and the platoons squatted in their pits and trenches, the sweat running in rivers down their dust-caked faces. There was a terrible stench. The flies swarmed in black clouds upon the dead bodies and excreta and tormented the wounded. The place was strewn with burning tanks and carriers, wrecked guns and vehicles, and over all drifted the smoke and the dust from bursting high explosives and from the blasts of guns.” (Cecil Ernest Lucas-Phillips)

The fighting in North Africa during World War II is commonly overlooked, aside from the famous battle at El Alamein that pitted the British under General Bernard Montgomery against the legendary “Desert Fox”, Erwin Rommel. But while the Second Battle of El Alamein would be the pivotal action in North Africa, the conflict in North Africa began all the way back in the summer of 1940, when Italian dictator Benito Mussolini declared Italy’s entrance into the war.

Although British maneuvering in North Africa began successfully against the Italians, the British forces suffered a series of defeats over the next two years, due to several problems the British army faced as a result of inadequate preparation and weaponry. Dealing with the Italians was one thing, but the British faced an entirely different monster in North Africa when Erwin Rommel, a German general who had gained much fame for his role in the invasions of Poland and France, was sent to North Africa in February 1941. For the next two years, the Allies would face off against the legendary Desert Fox and his Afrika Korps.

On August 1, 1945, a month before the formal end of World War II, the British War Office announced the disbanding of a small, eclectic unit, the Long Range Desert Group. Since its founding five years earlier, in June 1940, the LRDG had pioneered and refined the concept and tactics of deep penetration, covert reconnaissance in the North African desert, and later as a more varied special forces operations unit in the Aegean, Italy, and the Balkans. The LRDG, although built on work done during the North African desert campaigns of World War I, suffered a difficult gestation at the onset of World War II, and it was only much later revived after World War II in the era of Vietnam and the African counterinsurgency wars to become a standard configuration in most modern armies.

What listeners say about The Long Range Desert Group