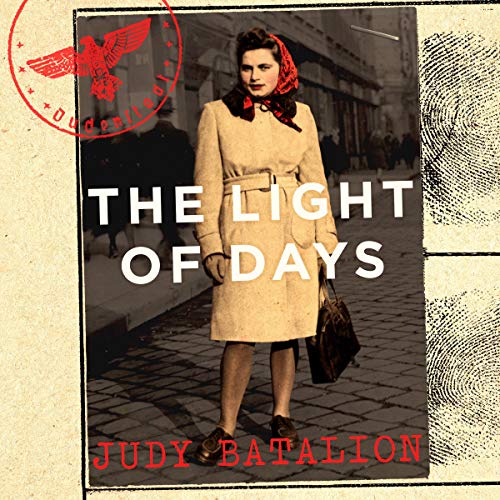 The Light of Days

By: Judy Batalion
Narrated by: Mozhan Marnò
Try for £0.00

One of the most important untold stories of World War II, The Light of Days is a soaring landmark history that brings to light the extraordinary accomplishments of brave Jewish women who inspired Poland's Jewish youth groups to resist the Nazis.

Witnesses to the brutal murder of their families and the violent destruction of their communities, a cadre of Jewish women in Poland - some still in their teens - became the heart of a wide-ranging resistance network that fought the Nazis.

With courage, guile and nerves of steel, these 'ghetto girls' smuggled guns in loaves of bread and coded intelligence messages in their plaited hair. They helped build life-saving systems of underground bunkers and sustained thousands of Jews in safe hiding places. They bribed Gestapo guards with liquor, assassinated Nazis and sabotaged German supply lines.

The Light of Days at last reveals the real history of these incredible women whose courageous yet little-known feats have been eclipsed by time.

"Original and compelling, an untold story of rare and captivating power." (Philippe Sands)

"A fascinating history about a little-known group who took on the Nazis.... The individual tales of these courageous young women are remarkable." (Independent)

"Rescues a long-neglected aspect of history from oblivion, and puts paid to the idea of Jewish, and especially female, passivity during the Holocaust. It is uncompromising, written with passion - and it preserves truly significant knowledge.... Judy Batalion has uncovered a trove of unknown or forgotten information about the Holocaust of genuine import and impact. (Eva Hoffman, TLS)

What listeners say about The Light of Days

This book acts as the testament to the courage and fortitude of all those women who faced and surmounted the darkest of mankind's evil as instigated by the Nazis.
The book stands as the best form of of narrative history and documentation. I will recommend this book to be read by my three daughters.

Incredible insight into the bravery of people

This audio book had a profound effect of me. It took me inside the struggles and bravery of remarkable women and men who faced extraordinary challenges during WW2. It is a celebration of the human spirit. It reveals how some people had the emotional strength to overcome the most heinous aspects of humanity. Even more importantly, it tells how the protagonists did not back down but fought the evil that surrounded them.
A terrific book about war, human responses to war, and extraordinary resilience.