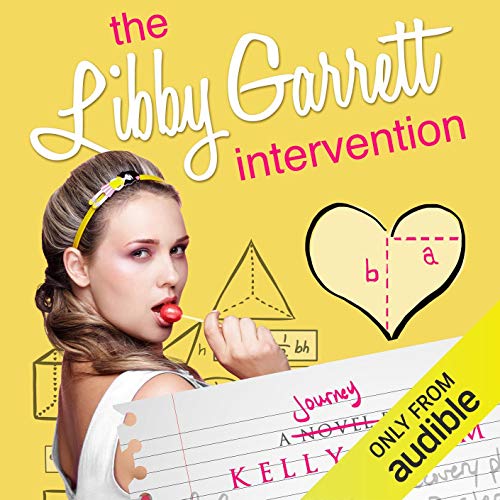 By: Kelly Oram
Narrated by: Joe Arden,Grace Grant
Try for £0.00

Libby Garrett is addicted to Owen Jackson's hot lovin'. But the sexy, popular college basketball player doesn't appreciate all of Libby's awesomeness. He refuses to be exclusive or even admit to people that they're dating. The relationship is ruining Libby and she's the only one who can't see it.

When Libby's behavior spirals completely out of control, her best friend Avery Shaw and the rest of the Science Squad stage an intervention hoping to cure Libby of her harmful Owen addiction. They put her through her very own Twelve Step program - Owen's Anonymous - and recruit the help of a sexy, broody, hard as nails coffee man to be her official sponsor....

Adam Koepp has watched Libby Garrett for years. How could he not notice the sassy girl with the purple skateboard and helmet plastered with cat stickers? But in all the years he's crushed on her, Libby has failed to take notice of him. Why would she when he was just a nobody high school drop out who served her apple cider several times a week? Especially when she was hooking up with a guy like Owen Jackson - a guy with a college scholarship and more abs than Kyle Hamilton.

Adam finally gets the chance to meet Libby when his co-worker Avery Shaw recruits him to take Libby on the journey of a lifetime. With his ability to play Bad Cop and his experience with the Twelve Step program, he's the perfect candidate to be Libby's sponsor. But will he be able to keep his personal feelings out of the matter and really help her the way she needs? And will Libby hate him when he forces her to take an honest look at herself?

What listeners say about The Libby Garret Intervention

I liked Libby from book one, she was intriguing and totally unique.
I get how she could lose herself and fall so deeply for the wrong guy and ignore her friends as she did. I don’t think they were too harsh but I don’t think the ending gave me enough closure. I kind of felt like it was rushed the last few chapters.

Overall the story and characters were entertaining and I am very glad I gave this series a shot. I hope if there are more books they too get made into Audiobooks because I would listen.

The narration was PERFECT for these characters. Seriously great work on casting. So glad this author cares about who narrates her work.

I dig the 1st book but this one was iffy for me. I don’t know if it’s just Libby. Her personality is pretty bold, immature, and waaaay out of my element of normal. Don’t get me wrong, the author did write her that you are drawn to her tactics and joyful side but it didn’t capture me to the point I want to be friends with her. LOL...so, when Adam like her for her. I was like...GOOD FOR THEM..sadly. I figured to just continue on and finish the book. I was curious how it will go and therefore If, as a reader, want to just continue on with the story, it’s a 3 stars for me. I guess she’s not addicted to Owen, just sex. That’s a serious issue to break...but eventually, it did okay for solving it, the most cheesiest way ever.

Narrators are a bit flat. The story was ok

Because of the subject matter it didn't have the lightness of the other books. Get passed the first chapter whiny girl and the story line was good

The audio is way better than the book because the author amended the grammar mistakes.

This is book 2 in the SCIENCE SQUAD series, but it’s a standalone. You don’t need to read the first novel, THE AVERY SHAW EXPERIMENT, to enjoy this one, but book 1 is a great story and I recommend it.

I describe book 1 as sweet (but with kissing) and wholesome, whereas THE LIBBY GARRETT INTERVENTION has sexual references around an unhealthy relationship Libby needs to free herself from.

The plot is cleverly weaved around the idea of an addiction recovery program. The Intervention by Libby's friends is written in a wrenching, loving way. Just excellent. As Libby recovers with the help of Adam, the new relationship she builds with him is clean and healthy.

I enjoyed Libby’s journey, but I didn’t love Libby’s character as much as Adam's. I couldn’t relate to her, but I’m sure there are teens/women who can. It’s a good warning story, with positive messages around respecting yourself and not accepting anything less than respect from others.

Although it was a good story, I didn’t love The Libby Garrett Intervention as much as the first novel. But Kelly Oram is a great find. I have gone on to read another of her stories, GIRL AT HEART and loved it. Her writing is refreshing because her books grab at my emotions. I hope to read more.

Narrators Joe Arden and Grace Grant did a fine job with this story.

The story drug on and on and on and needed to be edited a lot for flow. The female narrator sounded like she was talking through a pillow, so I had to turn my speakers up every time it was her turn to read, and then turn it down again when the male narrator would speak. Also the story was very juvenile, even for a YA book. I really liked the prequel with Avery so I was excited for this one, but I found myself constantly skipping ahead to get to the good stuff, because a lot of it just seemed like filler that should have been edited out. Still, I will give the author another chance because the Avery book was really good.

This was a cute Young Adult story and a follow up to The Avery Experiment. This one follows up with Libby. Avery stages an intervention to help Libby her over her addiction to Owen, she doesn’t see how badly he treats her because she has some self esteem issues and willing to take whatever he gives her. Adam who’s been secretly in love with her is tasked to help her with her 12 step addiction to getting over him. Libby eventually sees that Adams treatment of her and the way he sees her is what a real relationship should be. Great narration

Addicted to Libby and Adam

I LOVED this story!! The 12 Steps and the intervention were treated with respect and it was made clear that addiction can be to more than just substances. I loved Libby and Adam. These narrators had me glued to my phone so I could finish.

There are more than chemicals to be addicted to. People who are detrimental to your mental health. Some people need to be let go! There are better people waiting; like Coffee Man.