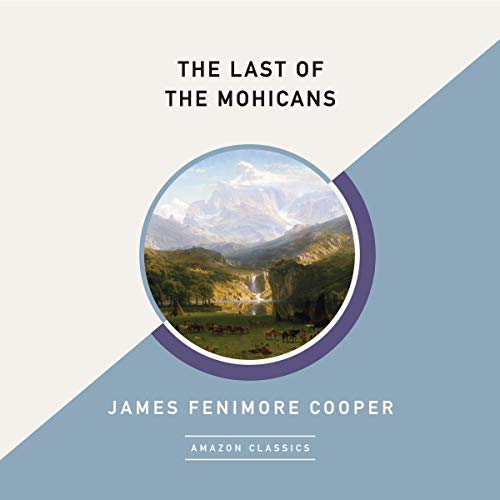 The Last of the Mohicans (AmazonClassics Edition)

By: James Fenimore Cooper
Narrated by: Adam Verner
Try for £0.00

Fast-paced and suspenseful, The Last of the Mohicans follows an intrepid group of frontiersmen and Native Americans as they navigate the rugged terrain of both the landscape and their racial differences. Together they strive to deliver Colonel Munro’s two daughters to safety at Fort William Henry during the French and Indian War.

Widely considered the first “Great American Novel”, James Fenimore Cooper’s classic encapsulates the violence and beauty, tragedy and heroism at the heart of the American frontier, set against the stunning backdrop of the northern New York wilderness.

AmazonClassics brings you timeless works from the masters of storytelling. Ideal for anyone who wants to listen to a great work for the first time or rediscover an old favorite, these new editions open the door to literature’s most unforgettable characters and beloved worlds.

What listeners say about The Last of the Mohicans (AmazonClassics Edition)

While I make it a point to listen in and make sure I enjoy the narrator, this time the sample did not prepare me. The narrator sadly has no concept of French pronunciation and since the story deals with the massacre of Ft. Henry and the French troops and their leaders feature in it, at least the basics would be necessary to make this enjoyable. I have no doubt that the narrator would be great with other stories, but foreign languages are not his forté and I do not recommend this recording. The voice of the Scotsman got better as the story progressed, but the French.... imagine Pepe Le Pew reading it :(
The story is a classic and a masterfully spun tale, but I do recommend you look for a different recording.

The narrator does a great job! The take has some implausibility to the modern listener, but still a very masterful one.

Such an awesome story

I loved this performance, so refreshing. Just wish I would have read it sooner. This will gets listen to a few more times.

Good story but language is indiect

The story is good but it was hard for me to get through. Imuch prefer direct speech.