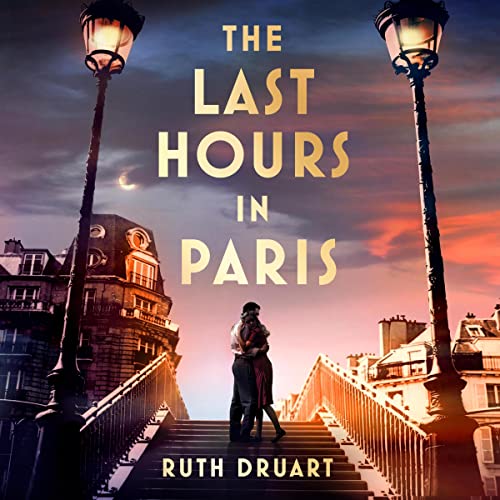 The Last Hours in Paris: A powerful, moving and redemptive story of wartime love and sacrifice for fans of historical fiction

War brings them together. Liberation will tear them apart.

A powerful portrait of war. a heartbreaking story of love. The extraordinary new novel from the author of While Paris Slept.

Paris 1944. Elise Chevalier knows what it is to love...and to hate. Her fiancé, a young French soldier, was killed by the German army at the Maginot Line. Living amongst the enemy Elise must keep her rage buried deep within.

Sebastian Kleinhaus no longer recognises himself. After four years spent fighting a war he doesn't believe in, wearing a uniform he despises, he longs for a way out. For something, someone, to be his salvation.

Brittany 1963. Reaching for the suitcase under her mother's bed, eighteen-year-old Josephine Chevalier uncovers a secret that shakes her to the core. Determined to find the truth, she travels to Paris where she discovers the story of a dangerous love that grew as a city fought for its freedom. Of the last stolen hours before the first light of liberation. And of a betrayal so deep that it would irrevocably change the course of two young lives life for ever.

What listeners say about The Last Hours in Paris: A powerful, moving and redemptive story of wartime love and sacrifice for fans of historical fiction

I read Ruth Druart’s first novel and went straight on to this one which I have also enjoyed. She has a knack of making the reader become part of the characters in the story which stimulates the readers own emotions and helps form one’s own opinion as to how the characters respond to the events they face. What I have enjoyed from the novels is the historical setting, which can then be researched more factually and therefore I have learnt a lot about what happened to the people living through that time from different perspectives. The soldiers, the families, those occupying Paris and those occupied with all the trauma they faced. This book is well narrated and provokes feelings of sadness, anger and intrigue throughout…right up to the end. I look forward to the next book by a Ruth Druart.

Was sad when it ended for many reasons! Beautiful story, well told and well narrated.