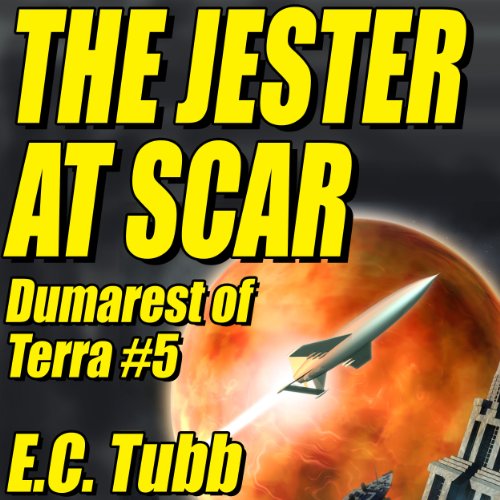 The Jester at Scar

Dumarest came to the world called Scar with nothing but the skills of his hardened body and a blood-red ring on his finger. Deadly fungus-covered Scar, where drifting spore made every breath a wager from death - but among them are the Golden Spore that give eternal life, and are the most sought-after treasure in the galaxy. Earl Dumarest sought that treasure to gain the wealth he needed to continue his search for the world of his birth, a forgotten planet called Earth.

But another stranger had come to Scar, seeking a treasure - the ring that Dumarest cherished, unaware of the secret hidden in its ruby depths.

What listeners say about The Jester at Scar