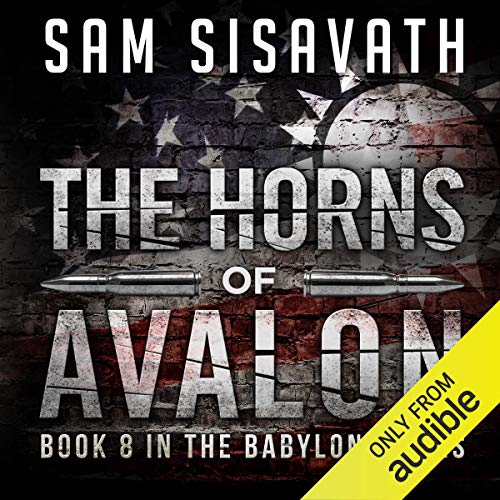 The Horns of Avalon

Some things are still worth fighting for.

Killing has never been something Keo shieded away from, but the events of the last year have made him rethink his bloody past. Except nothing lasts forever. Now, Keo has embraced his old ways and set his sights on a new target - and there is nothing more dangerous than a man with nothing to lose.

For Lara and those on the Trident, an encounter with a new group of survivors pulls them even further off course. It doesn't seem to matter how hard Lara tries to steer clear of Mercer's war on the ghouls; fate seems intent on drawing her into the conflict.

Meanwhile, the fighting rages in Texas, with Mercer's kill teams roaming the land and collaborators on war footing. Caught in the middle, Danny, Gaby, and Nate are desperate to reach the coast, but find themselves pawns in a nightmarish game of cat and mouse instead.

In this penultimate volume in The Purge of Babylon series, loyalties will be tested and destinies embraced, and the road to salvation will finally be revealed to those brave enough to answer the call of the Horns...

What listeners say about The Horns of Avalon

8 Books in, and the story is still fresh.

This series continues to not only hold my attention, but I have found myself taking longer routs to work, and driving slower just so I can hear a few more minutes.

Adam Danoff excels as usual with the narrative, the characters are easy to love or hate. Great listen!!!!

Would you listen to The Horns of Avalon again? Why?

Danny is in my top ten favorite characters of all time, maybe top five, I found myself laughing out loud so many times

The characters are great, love them all

Which character – as performed by Adam Danoff – was your favorite?

Easy, Danny followed by Kao, Will and Gaby

It was a book/series that I didn't want to end