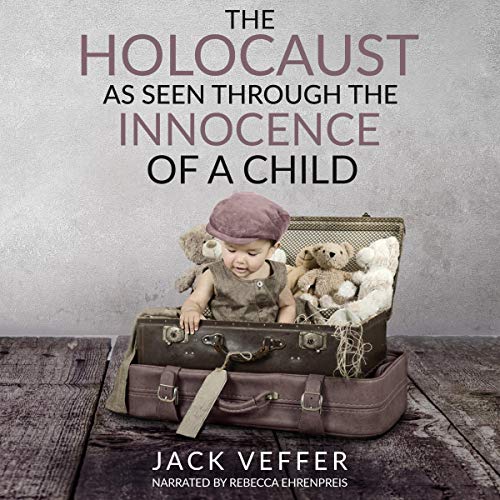 The Holocaust as Seen Through the Innocence of a Child

By: Jack Veffer
Narrated by: Rebecca Ehrenpreis
Try for £0.00

My story is the story of murder, mass murder, on a scale that was until then unknown. It was premeditated and committed in cold blood. The murderers were Germans and the murdered, the Jews of Holland. The Jews were, in a process of disenfranchisement and isolation, robbed of everything, transported and in a systematic-scientific, technically efficient manner, murdered. They were city folk and farmers, orthodox, agnostic and atheist, healthy and sick, old and young, families and individuals, Dutch and Aliens: men, women, and children. Without hurry, well thought out, registered, and regimented.

The murderers were often not brutes nor illiterates, but academics and intellectuals with an abiding love for literature, sculpture, and music: Many were caring fathers and mothers and during the holiday season celebrated Christmas, and, thereafter, resumed their labour: the murder of countless men, women, and children, defenceless people, fellow human beings. Mine is but one story, as seen through the eyes of one child. There are millions more.

The Holocaust as Seen Through the Innocence of a C

This story is one child’s memory of his experiences going through the Holocaust during World War II. From the beginning it is interesting with good character development as the story line moves forward. Getting to know the child telling the story I felt sadness and pity for him. (**Alert** Mr. Veffer includes brief comments of sexual assaults.) I recommend Mr. Veffer’s memories to you if you are interested in hearing (reading) how even children have the ability to survive horrific events in their lives.