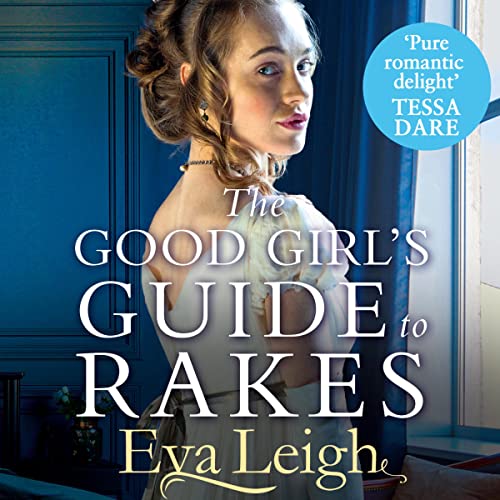 The Good Girl’s Guide to Rakes

By: Eva Leigh
Narrated by: Hampton-Brown Zara
Try for £0.00

A society darling, a rake never far from scandal. A deal that will change everything....

When Kieran Ransome’s latest antics result in scandal, his father issues an ultimatum: find a respectable wife or inherit nothing. But as one of London’s most notorious scoundrels, Kieran doesn’t know any ladies who fit the bill...or does he?

Celeste Kilburn is a society darling, beloved by influential members of the ton. But keeping a spotless reputation leaves little room for adventure, and she longs to escape her gilded cage. When Kieran, her brother’s best friend, begs for her help, Celeste makes a deal: she will introduce him to the right social circles if he’ll show her the scandalous side of London!

Amongst ‘proper’ garden parties and, equally enthralling, wild fêtes and sensual art salons an initial attraction builds to a more tempting desire. But when their midnight exploits are discovered, Celeste’s freedom and reputation are at risk and Kieran must save the woman he loves...respectable or not.

What listeners say about The Good Girl’s Guide to Rakes