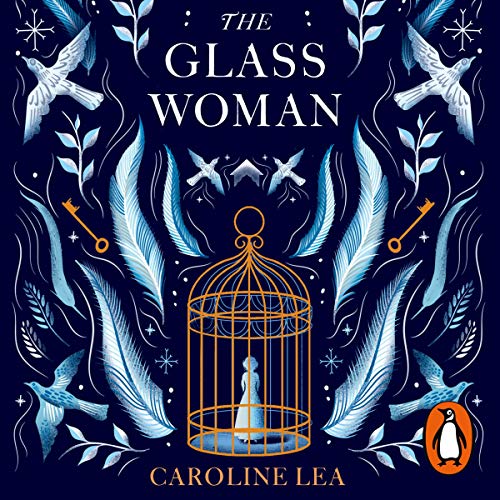 By: Caroline Lea
Narrated by: Heiða Reed,Smari Gunn
Try for £0.00

Iceland, 1686. The brutal, lava-scarred landscape can swallow a man without so much as a volcanic gasp.

Jón Eiríksson has just married his second wife in a year. But Rósa's new home in the windswept village of Stykkishólmur is terrifyingly isolated - the villagers are suspicious of strangers and fearful of something which they will not name.

What is Rósa's new husband's secret, and why does the spectre of his first wife, Anna, haunt them so?

Set against the backdrop of the 17th-century Icelandic witch trials, in a land governed by religion and fear, The Glass Woman is addictive, breathtaking and perfect for fans of Burial Rites and The Silent Companions.

What listeners say about The Glass Woman

This book was certainly different to any that I have previously "read". The narration was superb and a pleasure to listen to. I love historical books, and the setting in Iceland was an enjoyable surprise. The description of the harsh landscape, barren and icy, was so good I had no difficulty imagining myself trying to eke out an existence in the unforgiving terrain. In this icy world the story of Rosa and Jon and and the rest of characters was very well told. I do not heshitate in recommending this book for an interesting read.

The Glass Woman is an imaginatively plotted, immersive and well-researched novel. Caroline Lea conjures the harsh yet starkly beautiful landscape of 17th century Iceland so that it not only permeates the actions and emotions of her characters, it emerges as equally strong and unforgettable in its own right.

I've really struggled to finish the book. poorly written with a pathetic story. characters have no personality and the flow is slow.

Beautiful, a future star in the literary sky

A haunting story of love, family, suspicion & hardship, all set in the omnipresence that is the landscape of Iceland. It's a story that keeps unfolding and folding in on itself, a marked comment on the life of women in that time and the things we had too, and were expected to, endure. I was pulled in by the intellect that shines out through Rosa, that and compassion carried the story all the way to the end. And through to the end it never disappointed, just beautiful.

It's a perfect story, in a totally imperfect way. I loved it. I'll be waiting for Caroline Lea's next work.

The narration was excellent. I would have struggled with the Icelandic names and places if I had been reading the book. The story captured the bleakness of the landscape and claustrophobia of living in a small community where every action is judged.

too slow and predictable

I really enjoyed this book it's a great story enhanced by great narration . would definitely buy more from.this author

This was an intriguing story all through and beautifully told. I thoroughly enjoyed it and was captivated until the last word!!

Wonderfully story, beautifully read. This was an addictive listen. A real treat that helped my commute fly by.