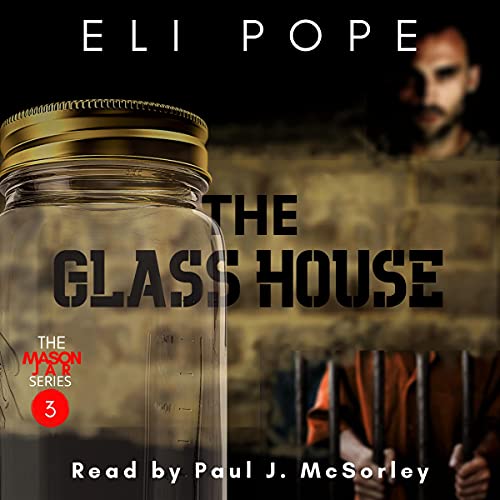 This addition to The Mason Jar Series continues the ongoing saga of the Billy Jay Cader family.
Book 3 takes a simmering pot of Billy Jay's anger and psyche, and twists the burner flame up to boil. Vengeance now dominates his thoughts and actions, bringing consequences he'd not yet thought through. Who will suffer at his hand?

A sideline story takes hold between characters unknowingly connected with Billy Jay. Love and deceit begin to dance on the spider's outer web, causing waves and drawing the spider's attention. This story as it continues will suck you into that web of wonder, drawing you deeper into this southern coastal town's secrets. Secrets that long to be solved and swept away to be forgotten.

A back-swamp sheriff loses control of his town, a regional famous defense attorney who shares a dark past with Sheriff Burks, sees that forgone skeleton in his closet coming to light and taking away all he's worked for.

A woman once shared between them falls in love with no idea of the sorted past hidden from memory.

Come watch as this story begins to come to a head much like a freight train steams toward the intersection...lights flashing and gates drawing down, but the car speeding ahead either believes it can escape the danger or is unaware of the peril ahead.

This saga will make a looky-loo out of the staunchest listener that attempts to look the other way. The train wreck is gore beyond belief...but will force you to turn and face the scene.

If you haven't read or listened to The Judgment Game and The Spark of Wrath, you've missed the potatoes in the stew and gone straight for the meat with The Glass House. The entre is so much better and satisfying to the palate if the stew is complete when enjoying the meal. You'll want to gobble this dinner down late into the night, keeping you up well past your bedtime.

Book 4, The Reclamation is on its way soon. Early to mid 2022, with an added special offering entitled - Snapshot Into a Killer's Mind, to follow shortly after. You'll want all five!

This series does contain explicit language, adult content, and is twisted together in an eclectic mix of mystery, thrills, love, murder, erotica, dysfunctional characters, and plain old "what the hell just happened". Interfused with an unusual mélange of faith and hope.

What listeners say about The Glass House

really enjoyed this book., the audible performance is perfect. keep up all the good work. hope the next book is not far behind....can't get enough

Hanging on to the edge of my seat

This book maintains your interest throughout. There are no dull moments. The biggest problem is waiting for the next installment. I know this is going to be a five book series. I’ll be reading the rest of them.