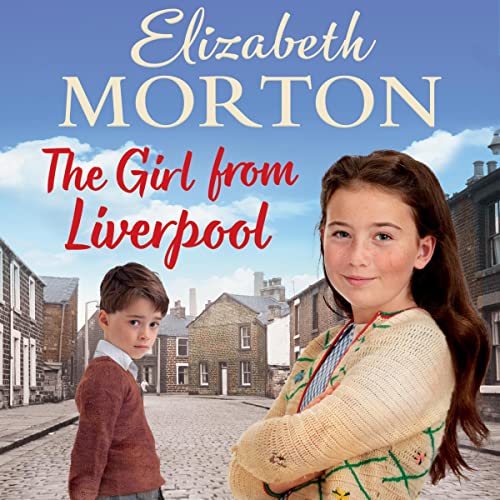 The Girl from Liverpool

Will the coming war divide them?

For as long as she can remember, Peggy O’Shea has been expected to work at the family dairy, look after her younger siblings, and eventually marry cow-keeper Martin Gallagher. And that’s the way it has predictably gone, apart from one glorious summer when, at the age of eight, she meets handsome Anthony Giardano.

But there’s bad blood between the Irish O’Sheas and the Italian Giardanos, so perhaps for the sake of both of their families, it’s a good thing when Anthony suddenly disappears.

Ten years later, at the start of the war, Peggy bumps into Anthony again. But as they begin to rekindle their friendship, Italy joins forces with Germany and Liverpool turns on its Italian residents overnight, making any relationship between Peggy and Anthony impossible....

What listeners say about The Girl from Liverpool

The story begins with a young Peggy O'Shea on her holy communion day she's taking her candle to the alter when she drops it her dress catches fire and Italian Anthony Giardano is there to save her. This is the start of a beautiful friendship. I loved Peggy and was saddened when Anthony and his family left. She had that perfect spark in her belly and was such fun to get to know.

The story moves forward to the start of the war and she meets her childhood friend again but 18 year old Peggy is in a bad relationship. Things also don't go too well especially for the Germans and Italians living in Liverpool. It hard to imagine the things they had to endure.

I loved the story about the pig. I remember my grandparents rearing pigs and chickens during the war, and after, and my dad was so sick of chicken and pork he couldnt eat it ever again.

The family fued was revealed at the end and I did laugh. There are quite a few giggles in this book and full of liverpudlian charm. It was a mixed bag of emotions reading about life before and during the war. But above all there was hope, in more ways than one.

I really enjoyed this book and if you love these kind of books you will absolutely love this one.