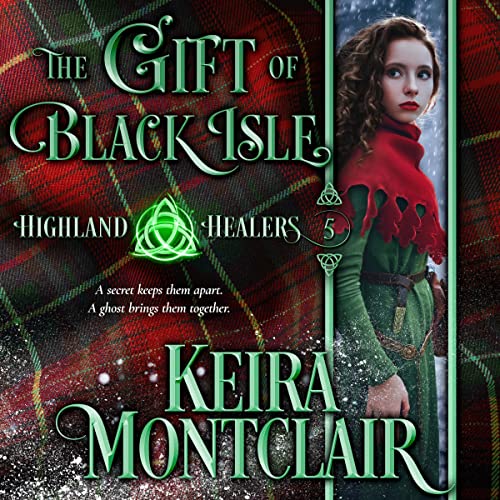 The Gift of Black Isle

Truth can be the most difficult gift to accept

Riley Cameron has watched her beloved cousins and finally her sister all find their Happily Ever Afters with the men of Clan Matheson. Now all the Matheson brothers are taken, and Riley stands alone. She’s beginning to think she might never find someone to love. Who would want to court a lass who speaks with the dead and has sometimes-fearsome visions of the future?

It’s not Riley’s second sight that keeps Torcall Massie from courting her. Not directly, anyway. She’s the daughter of a chieftain, while he’s a mere guard. The visions she’s gifted with bring healing and protection, while he has the death of another lass on his conscience. But when a new member of the Matheson clan starts vying for Riley’s attention, Torcall knows he has to step up. He’s certain the other man’s designs on Riley are far from honorable, and Torcall will protect the woman he loves no matter what her visions might reveal of his guilt.

To keep Riley safe, Torcall must face truths he could never have imagined. And learn to accept the love that is the greatest gift of all.

What listeners say about The Gift of Black Isle

I loved the story I love all Keira Montclair books. I love how all the characters return in series