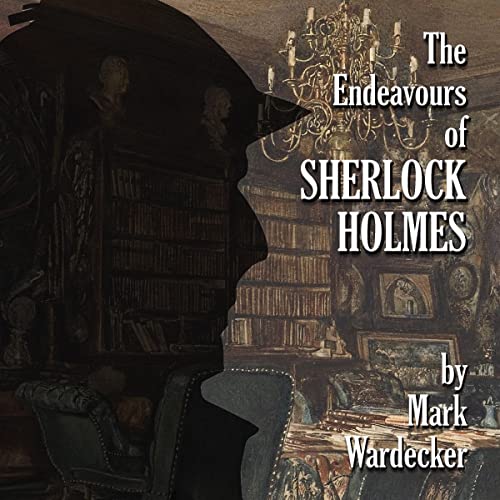 The Endeavours of Sherlock Holmes

By: Mark Wardecker
Narrated by: Michael Langan
Try for £0.00

A banker finds a photograph of a woman who later appears to him on the street. Could she be leading him to an inexorable appointment with fate? Does she even exist?

The Adeptus Exemptus and Imperator of the Esoteric Society of the Roseate Morn is being menaced by a magician with an improbable name. Could there be something to his curse?

Can Holmes and a young girl solve a 300-year-old riddle about her family before the Christmas pudding is served?

Who is Cassandra and why was she trying to disgorge a fish from her throat?

Join Sherlock Holmes and Dr. Watson as they untangle these mysteries and several others while encountering criminals, spies, and the occasional English eccentric. The eight stories collected in The Endeavours of Sherlock Holmes are traditional pastiches, several of which have appeared previously in such publications as Sherlock Holmes Mystery Magazine and The MX Book of New Sherlock Holmes Stories.

What listeners say about The Endeavours of Sherlock Holmes

A must read for Holmes fans

A collection of new Sherlock Holmes story. So good I think Conan Doyle would approve.
A great read and entertainment.
Narration is superb and one of the best Holmes narrator.

These stories are well-written and interesting and worthy of the Canon. The narration is excellent!

The Endeavours of Sherlock Holmes is a collection of engaging short stories. The narration by Michael Langan is outstanding. His performance brings the characters and story to life. I received a free copy if the audiobook for my honest review.

Full disclosure: I am a huge Sherlock Holmes addict. He can do no wrong in my eyes,and I love seeing how his mind works and deduces clues. This is an interesting and intriguing set of short stories that kept me raptly listening start to finish. I enjoyed it. I voluntarily listened to a free copy of this and am giving an honest review. The narrator did a good job bringing it to life.