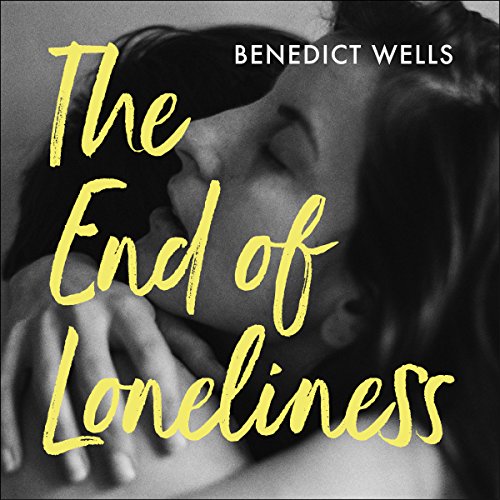 The End of Loneliness

The international best seller, translated by the award-winning translator of The Tobacconist, Charlotte Collins

Winner of the 2016 European Union Prize for Literature

Translated by the award-winning translator of The Tobacconist, Charlotte Collins.

When their idyllic childhood is shattered by the sudden death of their parents, siblings Marty, Liz and Jules are sent to a bleak state boarding school. Once there, the orphans' lives change tracks: Marty throws himself into academic life; Liz is drawn to dark forms of escapism; and Jules transforms from a vivacious child to a withdrawn teenager.

The only one who can bring him out of his shell is his mysterious classmate Alva, who hides a dark past of her own, but despite their obvious love for one another, the two leave school on separate paths.

Years later, just as it seems that they can make amends for time wasted, the past catches up with them, and fate - or chance - will once again alter the course of a life.

Told through the fractured lives of the siblings, The End of Loneliness is a heartfelt, enriching novel about loss and loneliness, family and love.

"This novel has been rightfully described as something of a masterpiece. One thing is for sure - it is not easily forgotten. Heartfelt and enriching." (Sunday Post)

What listeners say about The End of Loneliness

The narrator is very impressive.

Loved the story, is beautiful and sad at the same time, but for me, Luke Thompson as the narrator is absolutely the best thing about it, can’t wait to listen more about him. Amazing actor and amazing narrator.

This book is stunning and I loved listening to the narrator. It’s a new favourite for sure.

The narrator is amazing and I am going to look for more by him as his understated style is wonderful to listen to.
The story is simple and elegant. My husband had read this in Spanish and I'd bought the book to read in English but never found the time. I am so glad to have listened to this. I have enjoyed every minute.

An amazing story of life. There were a lot of sadness and reality.
hardly recommend to read and find some feelings of other side of view

l enjoyed the meaningful moments with this book and there were many. I captured and understood the feelings of the author and enjoyed it, just wished there was a little bit more depth at the end.

This is an absolutely fabulous book and a marvellous presentation which does it full justice. I read c one book a week, and this will be a standout across many years. It works in so many, multi-layered levels, teaching so much in a non-teachy way. Moments of true sorrow and hardship, yet a journey of realisation and love. Hard to give it due credit in my own, faltering words. Brilliant, and a great example of how great books can enhance so much of our lives.

Didn’t want it to end

So real in every way. Loved it and how it made me think. Read it.

So much better than the print version

This is one of those books you have to listen to so that feel you’ve really read it.

Not my usual book, but I thoroughly enjoyed it. It made me think a lot about relationships overall and family ties specifically. A sad book with a great deal of wisdom about life threaded throughout the book. It's a book that I imagine reading at another time in my life.