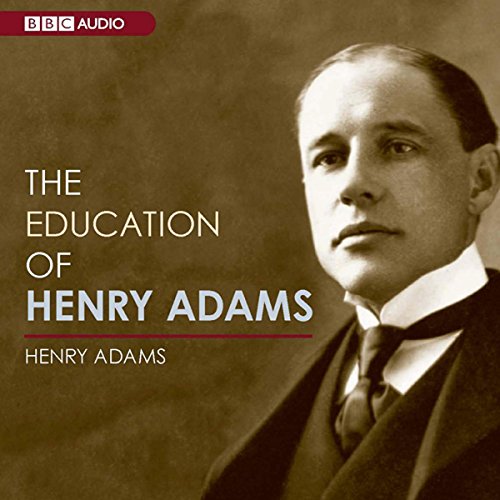 The Education of Henry Adams

By: Henry Adams
Narrated by: David Colacci
Try for £0.00

As a journalist, historian, and novelist born into a family that included two past presidents of the United States, Henry Adams was constantly focused on the American experiment. An immediate best-seller that was awarded the Pulitzer Prize in 1919, The Education of Henry Adams recounts his own and the country's education from 1838, the year of his birth, to 1905, incorporating the Civil War, capitalist expansion, and the growth of the United States as a world power.

Exploring America as both a success and a failure, contradiction was the very impetus that compelled Adams to write Education, in which he was also able to voice his deep skepticism about mankind's power to control the direction of history. Written with immense wit and irony, reassembling the past while glimpsing the future, Adams' vision expresses what Henry James declared the "complex fate" to be an American. Today, it remains one of the most compelling works of American autobiography.

What listeners say about The Education of Henry Adams

A Book EVERYONE should read once.

Amazing. There are a just a few books (Meditations, Decline and Fall of the Roman Empire, Brothers Karamazov, On the Nature of Things) that I feel every person on the planet should read. This is one of those books. If you are a historian, a diplomat, a civil war buff or a amateur philosopher, this book will strongly resonate.

Wow! This is Boring!!

A narrative more interesting than reading about a priveledged man travel thru life complaining about never learning anything.

This book is at the top of the MLA's Non-Fiction List. I'd hate to see what is at the bottom.

Perhaps it because I am not American (or because I started listening to this book on my own rather than studying it with a wise prof in university), I found this book didn't live up to its billing. Modern Library has ranked it as the best nonfiction book of all time. No doubt it is historically important, but the best of all time?

I kinda like Henry and his book, but still a zzzzzz

I am not completely sure that I gained more than a dash of knowledge or new perspective from this reading. But awww shucks, it gave me a soft spot for Henry anyway. Plus the narrator and dry material snoozed me right to sleep. Seriously echoing other readers sentiment of flabbergast whilst considering the books placement as #1 on Modern Library's Best Nonfiction of All Time List 😕

Agrarian aristocrat blithely devalues his immense advantages in life and accidentally records some history he is only present to witness because of his family name.

He then decides to write a philosophical treatise on complexity, evolution, and unity that he himself spent the first 80% of the book admitting he has no knowledge or education to write. His philosophy, 100 years later, are as muddled and incoherent as you'd expect.

Oh, and this literary abortion is really long, too.

One of the most enlightening and absorbing books I have read. It struck a chord to much of my own struggles. I wish I had read it as a younger man rather than a man of 59.

Least interesting book I ever read.

How can this be a classic? It reads like arrogant pomposity, a blue of opinions by a blathering crank. I learned nothing and I felt less.