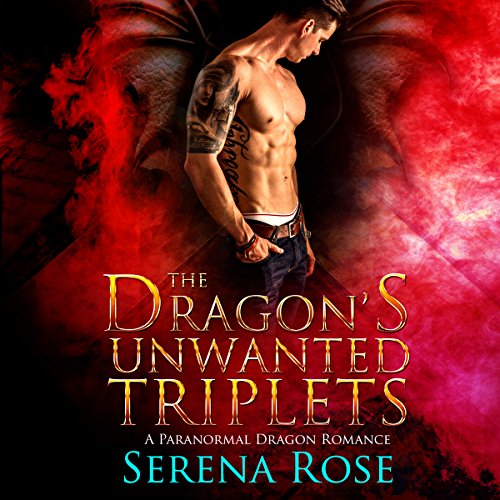 By: Serena Rose
Narrated by: Lili Dubuque
Try for £0.00

When Alaia discovered that a gentle, handsome man named Zorion was her fated mate she was very happy. However, Zorion had a secret.

On his 21st birthday he would finally awaken his power and become a weredragon. And because of this, he could only spend one night with Alaia before saying goodbye. However, Zorion never expected Alaia to fall pregnant with his triplets. And for him the timing could not be worse.

Would the dragon return and show his babies he wants them? Or was Alaia set to do this all by herself with no idea why she was ever abandoned?

What listeners say about The Dragon's Unwanted Triplets