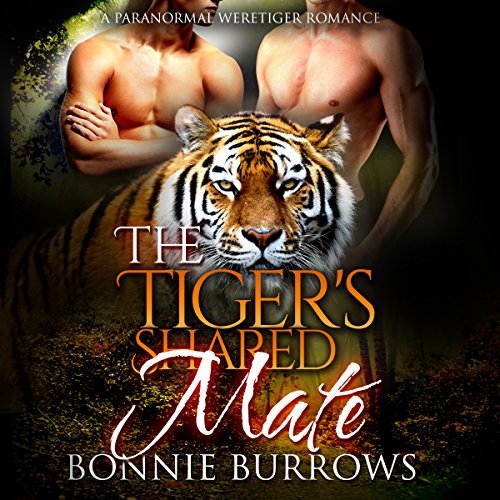 By: Bonnie Burrows
Narrated by: Kalinda Little
Try for £0.00

After witnessing a murder, Lydia was terrified and the men who had just caused the carnage were now coming after her.

These men were Jareth and Carter, shapeshifting tigers who were out on a revenge mission.

Having got what they came for, they were ready to call it a night but now they had one more loose end to tie up.

However, instead of executing her on the spot, they took her home with them and it soon became extremely apparent that the tigers might have other more interesting plans for curvy Lydia.

What listeners say about The Tigers Shared Mate

I enjoyed listening to this book.
"I was given this free review copy audiobook at my request and have voluntarily left this review."

Two tiger shifters save a captive girl only to have to save her from their pack. The story has a unique spine to it. I enjoyed listening to it. Narration was good. Would buy if on sale