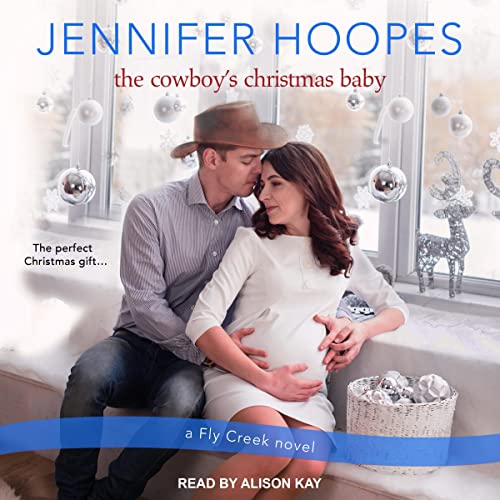 By: Jennifer Hoopes
Narrated by: Alison Kay
Try for £0.00

Stranded in the middle of the road in big sky country, Wyoming, at eight months pregnant isn't exactly what Sofie Pennington had planned when she decided to pack up and surprise her sister. Fly Creek is a fresh start for her, one where she's finally free from her controlling ex and can figure out this whole single parent thing. First, though, she needs to get there. To her shock, her rescuer comes in the form of a frustratingly handsome cowboy.

Dan Rigby is on his way out of town—for good—when he stumbles across a very pregnant Sofie. She's the most obstinate, exasperating woman he's ever met . . . and the most appealing. She drives him crazy, in more ways than one. When her sister suddenly has to leave, and Dan becomes Sofie's welcoming committee, they find themselves growing closer despite their desire for conflicting things. Can Dan convince Sofie that Christmas miracles do happen?

What listeners say about The Cowboy’s Christmas Baby