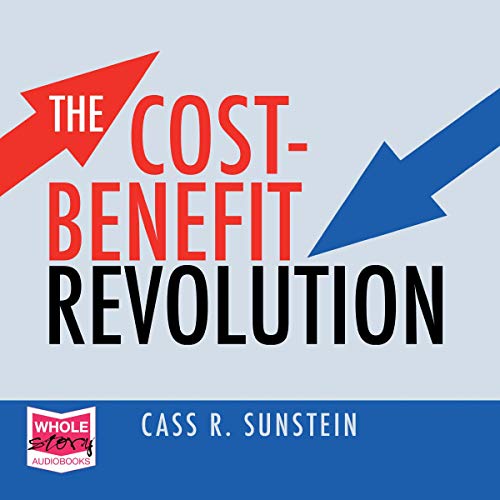 By: Cass R. Sunstein
Narrated by: Peter Marinker
Try for £0.00

Why policies should be based on careful consideration of their costs and benefits rather than on intuition, popular opinion, interest groups and anecdotes.

Opinions on government policies vary widely. Some people feel passionately about the child obesity epidemic and support government regulation of sugary drinks. Others argue that people should be able to eat and drink whatever they like. Some people are alarmed about climate change and favour aggressive government intervention. Others don't feel the need for any sort of climate regulation.

In The Cost-Benefit Revolution, Cass Sunstein argues our major disagreements really involve facts, not values. It follows that government policy should not be based on public opinion, intuitions or pressure from interest groups but on numbers - meaning careful consideration of costs and benefits. Will a policy save one life or one thousand lives? Will it impose costs on consumers, and if so, will the costs be high or negligible? Will it hurt workers and small businesses, and, if so, precisely how much?

As the Obama administration's "regulatory czar", Sunstein knows his subject in both theory and practice. Drawing on behavioural economics and his well-known emphasis on "nudging", he celebrates the cost-benefit revolution in policymaking, tracing its defining moments in the Reagan, Clinton, and Obama administrations (and pondering its uncertain future in the Trump administration).

He acknowledges that public officials often lack information about costs and benefits and outlines state-of-the-art techniques for acquiring that information. Policies should make people's lives better. Quantitative cost-benefit analysis, Sunstein argues, is the best available method for making this happen - even if, in the future, new measures of human well-being, also explored in this book, may be better still.

What listeners say about The Cost-Benefit Revolution

Content: I thought that this was interesting. I felt that there was quite a lot of repetition but am willing to admit that this may be because I missed some subtlety in the writing. The content was very much based around the USA experience and political situation.

Delivery/performance: My impression was that this was technically accurate. Though it was not without expression, I found it dull and felt that it took willpower to pay attention.