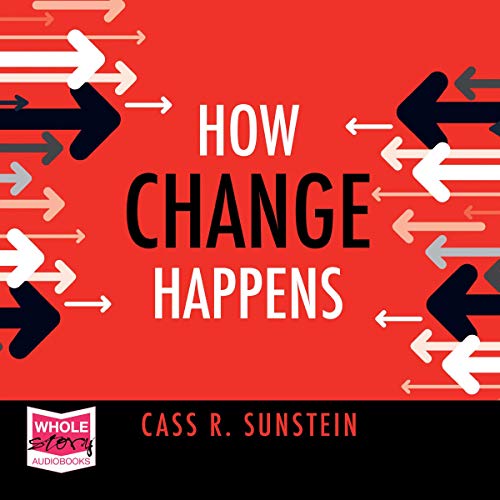 By: Cass R. Sunstein
Narrated by: Peter Marinker
Try for £0.00

The different ways that social change happens, from unleashing to nudging to social cascades.

How does social change happen? When do social movements take off? Sexual harassment was once something that women had to endure; now a movement has risen up against it. White nationalist sentiments, on the other hand, were largely kept out of mainstream discourse; now there is no shortage of media outlets for them. In this book, with the help of behavioral economics, psychology and other fields, Cass Sunstein casts a bright new light on how change happens.

Sunstein focuses on the crucial role of social norms - and on their frequent collapse. When norms lead people to silence themselves, even an unpopular status quo can persist. Then one day, someone challenges the norm - a child who exclaims that the emperor has no clothes; a woman who says 'me too'. Sometimes suppressed outrage is unleashed, and longstanding practices fall. Sometimes change is more gradual, as 'nudges' help produce new and different decisions - apps that count calories; texted reminders of deadlines; automatic enrolment in green energy or pension plans. Sunstein explores what kinds of nudges are effective and shows why nudges sometimes give way to bans and mandates. Finally, he considers social divisions, social cascades and 'partyism', when identification with a political party creates a strong bias against all members of an opposing party - which can both fuel and block social change.

"Sunstein's book is illuminating because it puts norms at the center of how we think about change." (David Brooks, New York Times)

What listeners say about How Change Happens

This is an interesting and important topic but very abstract and hard to understand on audio alone.
The narrator voice makes me sleepy and adds to the dryness of the subject matter.