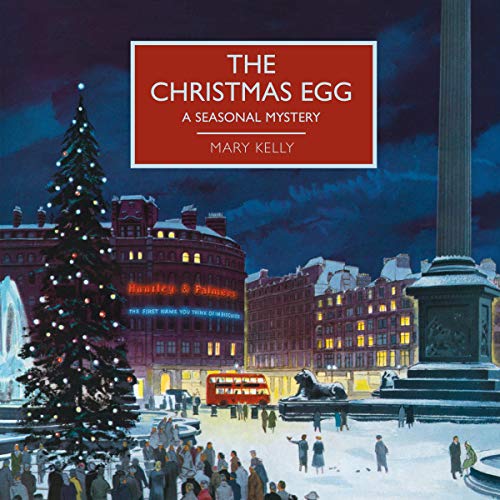 By: Mary Kelly
Narrated by: David Thorpe
Try for £0.00

In a gloomy flat off Islington High Street, Chief Inspector Brett Nightingale and Sergeant Beddoes find an old woman dead. The Princess Olga Karukhin, who fled from Russia at the time of the Revolution, has lived in terror of being discovered ever since. Olga's grandson, Ivan, appears to have run from the scene but is later seen returning to the flat as though oblivious to the terrible crime. Taking place between 22nd and 24th December, Nightingale's enquiry takes him across London, culminating in the wrapping up of the mystery on Christmas Eve.

What listeners say about The Christmas Egg

I love this story, a gentle mystery with a few moments of jeopardy and humorous in places. (It is slightly dated and those who find gender narrative grating may not want to try it, but it's not the worst I've heard.) A good option for the last minute Christmas preparations and David Thorpe reads it well.

The narrator David Thorpe saves this story! It is slow to develop but his engaging performance keeps you involved.