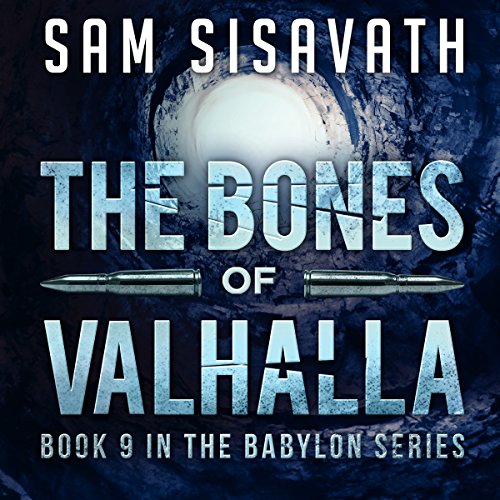 The Bones of Valhalla

For every night, there is a new dawn.

One night. That was all it took for the world to be forever changed. Creatures that once lived in the shadows rose, spreading like a plague across the globe, swallowing whole cities and collapsing unprepared governments.

Survivors call it The Purge.

In the months since, every night has been a struggle against the supernatural terrors that thrive in the darkness. The days are no better, with constant battles against human traitors that have chosen to serve the new overlords. But an end to the nightmare is finally at hand.

Mercer's army is in disarray, and Danny and Gaby have returned to the Trident with precious cargo. Meanwhile, Keo is a marked man behind enemy lines, and Lara once again finds herself tested as the answer she and the other survivors have been waiting for is finally revealed.

In the finale to The Purge of Babylon series, the future of mankind is at stake. Sacrifices will be made and heroes will be forged, and the road to Babylon will be paved with the deeds of the brave...and the bones of the dead.

What listeners say about The Bones of Valhalla

I enjoyed the whole series and found they got better and better as they progressed .... Keo is a fantastic character and I'm looking forward to hearing more in the books with him as the main character

Absolutely fantastic. A must buy for anyone who likes post apocalyptic horror, you won't regret it.

The author's military knowledge was painful.

Story line was good enough to pass time but the author placed a lot of emphasis on ranges while in combat that were so clearly wrong. 50 meters is not a long distance to make a shot but was written to be a major task. Military rifle qualification starts at 50 meters and goes out to at least 300. MG weapons qual is even more. Also frag grenades don't do as much damage as the author thinks. It's a little funny but having military experience these things kinda got on my nerves...

Epic conclusion to an epic story

No story has had me coming back book after book like this one! The story is excellent, however the narration was tolerable at best. The books/story get 5 stars no doubt, while the narrator gets 2-3 at most. For an epic post apocalyptic series, I would’ve preferred a more rugged, less kiddy voice. For example, The Remaining’s Chris Hummel, MONEY!!

I have been a fan of this series from the beginning..I have listened to almost all of the audible books..Bones did not disappoint Adam Danoff did an amazing job with this..especially the voice of Mabry..hearing it the first time gave me chills and also confirmed what I thought he would sound like..I of course cried again...I think I always will..excellently done!!!