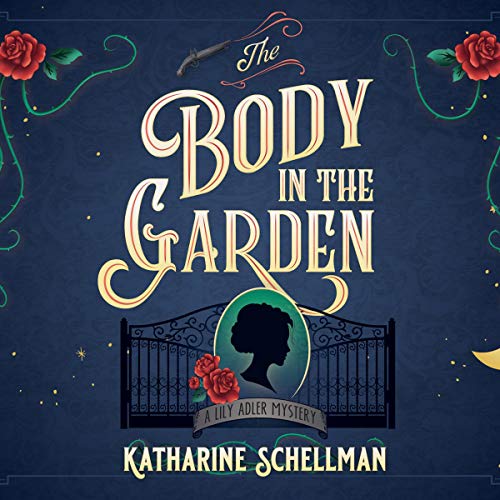 The Body in the Garden

By: Katharine Schellman
Narrated by: Henrietta Meire
Try for £0.00

London 1815. Although newly widowed Lily Adler is returning to a society that frowns on independent women, she is determined to create a meaningful life for herself even without a husband. She's no stranger to the glittering world of London's upper crust. At a ball thrown by her oldest friend, Lady Walter, she expects the scandal, gossip, and secrets. What she doesn't expect is the dead body in Lady Walter's garden.

Lily overheard the man just minutes before he was shot: young, desperate, and attempting blackmail. But she's willing to leave the matter to the local constables - until Lord Walter bribes the investigating magistrate to drop the case. Stunned and confused, Lily realizes she's the only one with the key to catching the killer.

Aided by a roguish navy captain and a mysterious heiress from the West Indies, Lily sets out to discover whether her friend's husband is mixed up in blackmail and murder. The unlikely team tries to conceal their investigation behind the whirl of London's social season, but the dead man knew secrets about people with power. Secrets that they would kill to keep hidden. Now, Lily will have to uncover the truth - before she becomes the murderer's next target.

What listeners say about The Body in the Garden

Has potential as a series

This was fun but (and no I don’t expect historical novels to be totally accurate in styles of speech) several crashing Americanisms really jarred with me. I suspect it was written by an American for an American audience but it won’t stop me trying more

I'll admit that things picked up enough by thd end that I'd be interested in a sequel. However, I found the book somewhat a slog overall. Lily herself seemed rather harsh and self-important much of the time; secondary characters were well-developed. Had trouble with the co-dependent relationship between her and Jack. Wasn't a real fan of the audio narration, which highlighted Lily's brittle behavior, with Jack's voice a bit grating.

Good historical mystery - a great twist or two, great characters.
I loved Lily, her spunk and her stubbornness. And Captain Hartley is so dashing and charming! They make quite the pair - well-matched in both wits and wisdom. The mystery was very believable, and the characters went through all the right steps to solve the mystery (no one jumped to any baseless conclusions).
I felt like the plot moved a little slowly, but ultimately a good listen.
The accents were very well done - great narration.

I was blessed to listen to this book while taking my daily walk. I would get engrossed in the story and pushed my walk to the max. so not only was it a great diversion in this time of isolation, it was a great stimulus to better health!!

what a great book

it was a good clean fun book. it took a lot of different turns. I was suspicious of everyone in the book. : ) I can wait to read more books by this author!

Gave up after chapter 19

This seemed fairly promising in spite of a poor narrator who seems uncomfortable with the language she is supposed to be speaking. Words mispronounced, names misunderstood and mispronounced etc. But the characterization of the lead was sort of baffling. Sometimes very bright, sometimes positively idiotic. And when she confronted a would-be murderer in her bedroom and the murderer fired through the bed drapes at the spot where she should have been sleeping, then she chased the murderer out of her house and after a certain amount of followup with her staff, went back to bed…with no mention of the fact that there would be substantial damage to the bedclothes and bed curtains from having had a early 19th century pistol ball shot through them… Well, I just gave up.
Honestly, it’s a little depressing how many things get published without an editor ever looking at them. Or so it seems.

I really enjoyed this story and Lily’s character. But for some reason, the narrator did a poor job with the men’s voices. Some sounded almost the same, and the mail male character was downright painful to listen to at times. To me, he sounded like a robot. So unfortunately, this took a LOT away from an enjoyable mystery

I enjoyed the story. The characters were well developed. At the beginning I wasnt sure I liked the narrator but by the end she had grown on me.

I actually listened to book 2 first, not knowing it was part of a series. I enjoyed coming back to the start of the series and learning how the various relationships started. Good Victorian mystery!

I enjoyed the book.

I was surprised to find this book being the authors first.
I felt the characters likeable. The storyline engaging.
The narrator, well I have had better. but she made the lead heroine stilted. and harsh. But it wasn't enough to make me stop listening as other harsh reviewers as stated. I think she did OK. The accents seemed forced and the men kind of sounded the same a bit. But ok.
New narrator? it did get better at the end with the easing of the main characters harshness.

I will definitely be listening to book two, plus more to come I hope.

LOVED THIS BOOK. THE CHARACTERS ARE CAPTIVATING, AND THE MOMENTS OF HUMOR SLIPPED IN AT JUST THE RIGHT MOMENT. THE STORY WAS INTRIGUING, AND, YES, WE CAN ALL FEEL SUPERIOR, FROM TIME TO TIME, AT HOW MUCH LESS MATERIALISTIC AND ARTIFICIAL WE ARE TODAY. (IF YOU REALLY THINK SO) I CANNOT WAIT TO READ BOOK 2.