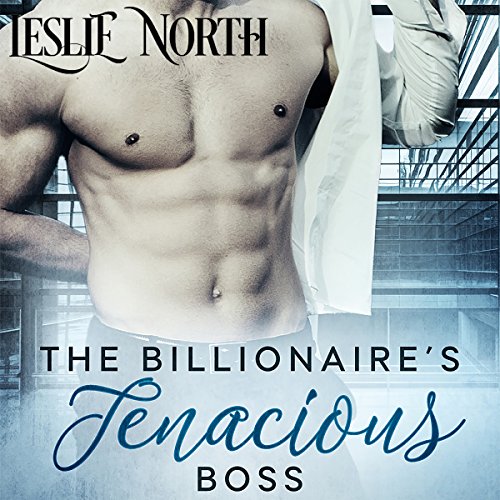 By: Leslie North
Narrated by: Connor Brown
Try for £0.00

Stephen Maxfield has the chance to save the business his father built, and only one woman stands in his way.

With Duncan Enterprises crumbling, Stephen Maxfield knows that a lucrative building contract could be the ticket to saving the family company. He's always been regarded as the unpredictable brother, and this time is no different. He's prepared to do what he thinks is right - even if it means ousting his own father. Stephen faces another obstacle, however, in the form of Angelia Lopez, the gorgeous Duncan VP with her own plans to save the company.

Angie Lopez has been groomed as Duncan's successor, and she's convinced that selling off pieces of the company is the way to save it. She's busy making deals to break apart the business, while hoping that it brings together the Maxfield family. But when she comes up against Stephen Maxfield - all six feet eight inches of him - she'll have to work harder than ever to keep her focus. Angie's been burned by men in the past, and Stephen sets her aflame.

Stephen has no time for romance, and Angie is on a dating time-out. But if the two can see beyond their business plans, they just may find they're the perfect match.

What listeners say about The Billionaire's Tenacious Boss

What did you like most about The Billionaire's Tenacious Boss?

This is the first book in a series about 3 brothers who have a difficult relationship with their father and sometimes each other. In this first book, there is a lot of behind the scenes trickery going on and a lot of bad feelings because of it. The only outsider is the girl the Father of the 3 sons has taken on to groom as CEO of the company. That alone must put the cat among the pigeons in my view. I was surprised there was not more trouble because of that decision. I was also surprised that the oldest brother fell in love with her despite that fact. But there had to be a romantic interest didn't there? Overall I liked the book but could not give it a 5 because quite a few things just did not jell with me. I am sure that as the series continues that will improve. It almost always does go that way in a series. I will hold over judgment till I have finished all the books. Please do not let me put you off because it is a good book and well worth listening to. I just have given you my personal opinion on certain points that bothered me.

I quiet enjoyed this first installment.
Stephen is a man with many sides. And I am glad he got to see that he was becoming his father without know it but he found a way to let work be work and family be family.

Angie as well all about the work and I wouldn’t say forgets her family but maybe forgets what’s really important in life.

I love that these two find each other and really make a connection.

I loved the way they meet; right then and there I knew it was going to be a fun book to listen to.

Hmmm What can I say about the narrator.. Yum :)

If you could sum up The Billionaire's Tenacious Boss in three words, what would they be?

Leslie North writes Billionaires and Shiekh's lis great It has a little twist to it and it made for a very interesting read. Never stand in a woman's way to get where she wants but never under estimate a man's desire for what he wants either!!

This audiobook was given to me for a honest unbiased review. this was great. I love Leslie North, she did great with this book. Did not think she could do better, boy was i wrong, and glad of it. The chemistry between the main characters is hot. The family drama adds a very interesting angle to this book

I got this book via audiobook boom. This is a story of a family that has been torn apart because of a very autocratic father who the sons believe that caused the death of their mother. The story begins with the three brothers are called together because the father is trying to sell off the company. The VP of the company is a woman that the father has promised a promotion if she will do what he wants her to do. Steven, the older son is the center of the story and he is being attacked from all sides. The narrator is pretty good. But the story switches tenses throughout and sometimes even within the same sentence. I find it hard to believe that a ten-year-old is allowed to talk like that and the Dad apologizes.

I have really enjoyed listening to Leslie's Books. This one is probably my favorite so far. Her writing is interesting and entertaining. There is drama, romance, and some twists.

The narrator did a great job bringing the story to life. I really like his voice and intonation. I'm looking forward to listening to more books narrated by Connor.

The characters were well developed and the story kept my attention all the way to the HEA conclusion.

It was nice to have a successful businesswoman that is being groomed to take over as CEO as the heroine. I also liked that the billionaire was not a player but a smart, successful man as well. All around a great laid back fun listen.

I have purchased several books by Leslie North and have a few of her audiobooks. This is my favorite audiobook by her. The narrator did a great job with the story and was the right fit in my opinion. I hope that Connor Brown will do more audiobooks for Leslie North as both are very talented. I was voluntarily provided this review copy audiobook at no charge by the author, narrator, and/or publisher.

This soap apera was packed full of drama!!!
With 3 brother's who argue all the time trying to save a company for a absentee cold father.

Gabe who is running Duncan enterprise gets his older brother Stephen who owns his own construction company to come in and help save his father's company.
Meanwhile Stephen is loosing jobs at his company to the very company he's trying to save.
Add the baby brother Nathan to the mix who is trying to get the company to go Green but is constantly being ignored..
And a father who doesn't even act like he wants to save his own company... you have to wonder why these guys are going to all this trouble?

Then Angie (the senior VP) walks in and puts the cherry on the chaos.
Stephen's attraction for her is so strong it's only a matter of time before these two are hooking up.
Which leaves other's to wonder what the motivations are?
This romance had some hot moments but unfortunately the drama always seemed to over shadow them.

The narration was decent so I'm giving this book 3.5 stars.
If your in the mood for family drama I say, catch it on sale and save the credit.
I was gifted this book in exchange for my honest review.

Not Your Typical Boss/Employee Office Romance

I was provided this audiobook at no charge by the author, publisher and/or narrator in exchange for an unbiased review via Audiobook Boom. This was my first experience with a Leslie North audiobook. I have several of her ebooks, but don't have time to sit and read with my actual eyes, so when I was presented with a chance to listen to one, I jumped at the chance. This was also my first time listening to Connor Brown as a narrator and loved his voice. It was very pleasant to listen to and he did a great job bringing the characters and story to life by his performance. The story and narrator were so engaging that I am eager for the next two books. This audiobook was a perfect length for a shorter

A great start to the series...

This book does a great job of setting up the series, it introduces a fabulous cast of characters, I'm looking forward to what happens in the other books.

In this book we see lots of interesting interactions between the characters, lots of mystery and a fair bit of jumping to conclusions (how exhausting :-) ) which combined to make an interesting story line.

The narration was well done with distinct character voices and a lovely rhythm.

I've listened to several of Leslie Norths books now and when I find a new one it's not long before I'm listening to it.

Note: This book was provided free by the author/narrator/publisher in exchange for an unbiased review.

Great start for a trilogy

This is really a great start. I'm looking forward to finding out more about the brothers as they get their stories told.
I'm told I need to add this. It seems silly to me but here goes. “I was voluntarily provided this free review copy audiobook by the author, narrator, or publisher.”