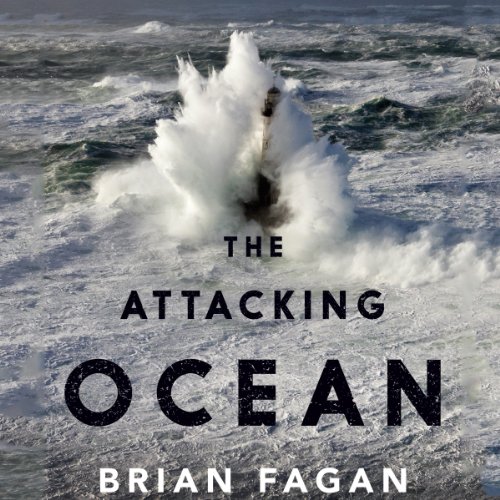 By: Brian Fagan
Narrated by: Ben Bartolone
Try for £0.00

The past fifteen thousand years--the entire span of human civilization--have witnessed dramatic sea level changes, which began with rapid global warming at the end of the Ice Age, when sea levels were more than 700 feet below modern levels. Over the next eleven millennia, the oceans climbed in fits and starts. These rapid changes had little effect on those humans who experienced them, partly because there were so few people on earth, and also because they were able to adjust readily to new coastlines. Global sea levels stabilized about six thousand years ago except for local adjustments that caused often quite significant changes to places like the Nile Delta. So the curve of inexorably rising seas flattened out as urban civilizations developed in Egypt, Mesopotamia, and South Asia. The earth's population boomed, quintupling from the time of Christ to the Industrial Revolution. The threat from the oceans increased with our crowding along shores to live, fish, and trade. Since 1860, the world has warmed significantly and the ocean's climb has speeded. The sea level changes are cumulative and gradual; no one knows when they will end. The Attacking Ocean, from celebrated author Brian Fagan, tells a tale of the rising complexity of the relationship between humans and the sea at their doorsteps, a complexity created not by the oceans, which have changed but little. What has changed is us, and the number of us on earth.

What listeners say about The Attacking Ocean

A good listen which tells the story from prehistoric conflicts with sea level change building up to the modern day and future conflicts.

Hard to judge overall because of poor narration

It's an intriguing story, and so far not full of politics.
The narration is just too unbearable.
Up and down, up and down like a programmed cadence.
It actually helped a bit to reduce the speed of the book - to help spread out the cadence.
A screen reader program could have done better.
In fact, that is what I might do - Get the Kindle version and try a screen reader.
I didn't complete this yet.
Returning it immediately.

it took a while

Overall this was an interesting topic, and I learned about areas threatened by sea level rise that I hadn't known about. But the narration was not good, mispronunciations and a weird cadence made the narration distracting to the content.