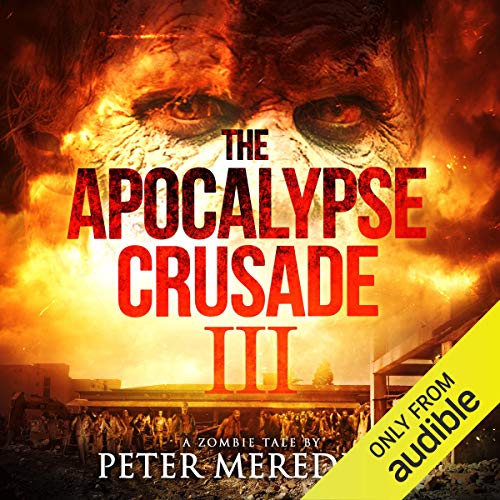 With the great battle between man and the undead apparently won and the situation seemingly in hand, the president leaps into action to take all the credit he can for saving the country and defending the Quarantine Zone. Surrounded by battalions of television news crews, he authorizes Operation Swift Stand in which he commits the nation's entire rapid deployment force in a show-stopping extravaganza designed more to rekindle patriotic fervor and to lift his own sagging poll numbers than to stop the undead.

Unfortunately, there have been leaks in the hard fought line and by the time the 82nd Airborne Division is dropped into central Connecticut, there are flesh hungry zombies wreaking havoc in Hartford, 10 miles behind their lines.

Suddenly, there is no line.

Day three devolves into chaos as no one knows who is infected and who isn't. Battles break out everywhere: soldier against soldier, and brother against brother, with fearsome zombies waiting to feast on the winners.

In the middle of all the mayhem, Deckard and Thuy are fighting not just to stay alive, but to find each other in a land that now belongs solely to the dead.

What listeners say about The Apocalypse Crusade 3

Book three was the most emotional to listen to so far. Meredith does a phenomenal job humanizing the main characters (also Sundance:) and I found myself going through every emotion.

The explicit graphic detail is tremendous, and definitely not for the feign of heart.

The story holds you from page 1 and keeps you on the edge of your seat with every sentance! looking forward to the next book in the series!

Peter did it again!

What a great addition to the series. I LOVE how the zombies are made and how the author tells things from their (paranoid) point of view as well. Another great book in another great series by Mr. Meredith. I can't wait for his next ones!

overall good series. really wish they would have left out the little kid talking zombies. really made those parts of the story cheesy.

The thing that kept me from giving 5 stars was the use of Y'all by the southern dad and daughter. Y'all is used when speaking of multiple people not a single person..... " You all (Y'all) are gonna turn into zombies!

I must admit I cried at one point in this book, which takes a lot.

it started ok, and I was thinking this series may not be as momentous as Peter's other series, but it ramped up quickly and I loved the end so well, that i am upset that I have to wait for the next one. Can you please clone yourself and work on all of these series at the same time??

I really love the detail of how about this apocalypse is created! great concept!! reminds me of that old saying how old all good intentions pave the road to hell
thank you I hope to order and listen to the next book very soon!!

A BIG Waste of time on a MASSIVE scale!

If you’re reading this review then it’s likely too late to avoid books 1&2. I kept hoping it would get better especially since I had already invested or wasted time in books 1&2. Both lead characters are so unlike able it’s unbelievable. There’s no hiding Mr Meredith’s disdain for the government and military.

So far the book has kept me hooked and interested into going on to the next book in the series.