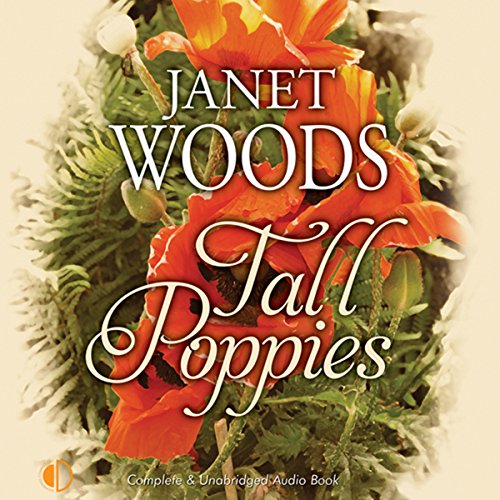 By: Janet Woods
Narrated by: Patricia Gallimore
Try for £0.00

Dorset, 1917: If it’s not enough that a girl from a good background is forced to work as a maid, Livia Carr is then violated by the master of the house and becomes pregnant. Her only course is to marry the son of the house, Richard Sangster, a World War One hero who has returned home an invalid. He is not expected to live, and he offers Livia and the child legitimacy, as well as his name and estate. Livia grows to love Richard, and his death comes as a great blow to her. Into the breach steps Livia’s frist love, and Richard’s friend, Denton Elliot. But will he desert her when the secret of the child’s parentage is revealed to him?

What listeners say about Tall Poppies

Much of this book was admirable. The plot was interesting. I've read several books covering the same history and the same events, but this book was fresh. I liked most of the characters. They were sympathetic. And the narrator did a generally good job, although I hated her voice when she read the part of the villainous housekeeper/mistress.

What bothered me about this book was the bare mention given to the main event that drove the entire story, the heroine's rape. It affected everything that came after and every character in the book. We were supposed to be empathetic to her plight - her concern that the man she truly loved would discover her dark secret. And yet the dark secret was relayed like a brief afterthought. While I can believe the act itself might have been cold, brief and silent, it is still such an integral part of the plot that it deserved far more attention than it received. Not the gory details of the event, but far more time on the situation, the surroundings and the aftershock.

I've read other books by this author and generally enjoyed them. They are sweet, gentle stories but have enough plot to keep your interest. This one is on par with those. But it could have been much better. She has the potential to tell the complex family dramas written by Susan Howatch or Elizabeth Jane Howard. But she needs to be more emotionally connected to her characters, so the reader can feel that way too.