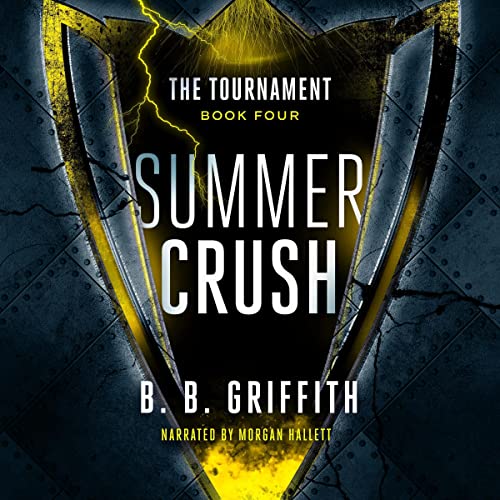 The thrilling conclusion to the Amazon number one best-selling Tournament series!

In the near future, one tournament has the power to break the world apart. One team tries to keep it all together. But it's grown beyond their wildest expectations....

It's been 10 years since the Battle of the Black House. The tournament is an institution now - with dozens of teams, hundreds of players, and millions of fans worldwide. Every year more teams are added to this global gunfight, and every year the original eight teams get older and a step slower.

Ellie Willmore and Team Blue wonder if each passing tournament might be their last. What they don't know is that this time, someone plans to make sure of it. A mysterious figure who calls himself the gardener has his sights set on rigging the tournament and hand-picking the winners, and he wants Team Blue out.

Meanwhile, the media machine that surrounds the tournament ads fuel to the fire, making each match more dangerous than the last. Teams fight for their countries, the superfans that cheer them on, and for each other. Every loss has devastating consequences.

In a competition without rules, Ellie realizes just how far some will go to win. And in what might be their final tournament appearance, Team Blue finds themselves in a fight for their lives.

What listeners say about Summer Crush