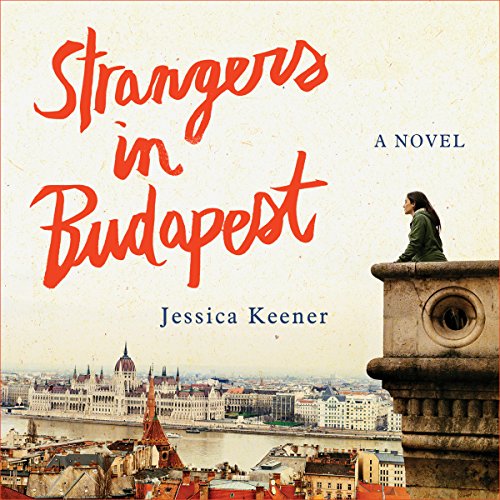 By: Jessica Keener
Narrated by: Amy Landon
Try for £0.00

Budapest is a city of secrets, a place where everything is opaque and nothing is as it seems. It is to this enigmatic city that a young American couple, Annie and Will, move with their infant son, shortly after the fall of the Communist regime. Annie hopes to escape the ghosts from her past; Will wants to take his chance as an entrepreneur in Hungary's newly developing economy.

But only a few months after moving there, they receive a secretive request from friends in the US to check up on an elderly stranger who also has recently arrived in Budapest. When they realize that his sole purpose for coming there is to exact revenge on a man who he is convinced seduced and then murdered his daughter, Will insists they have nothing to do with him.

Annie, however, unable to resist anyone she feels may need her help, soon finds herself enmeshed in the old man's plan, caught up in a scheme that will end with death.

Keener has written a transporting novel about a couple trying to make a new life in a foreign land, only to find themselves drawn into a cultural, and generational, vendetta.

What listeners say about Strangers in Budapest

Hi should have trusted the other reviews.
Gave it 2stars ad the reader did try to do a good job but it was impossible with such weak and nonexistent story. Kept listening to it hoping for something to happen, for a point of interest or something but it was a waste of time.
If the author hated Hungary and Budapest so much she shouldn't have written a novel about it.

This novel is poorly written with nothing to recommend it. Characters are lackluster, plot is barely worthy of attention and I intend to return book. Out of hundreds of Audible books in my library, I would say this is the least worthy of your time

I really liked the story for the most part but struggled to get through it because of the narrator. she spoke in a monotone and had very little difference in characters. I didn't like the child's character... it wasn't realistic at all.

Would you try another book from Jessica Keener and/or Amy Landon?

I would give the author another try.. I think the story itself had an interesting premise,but stopped listening because of t h e really distracting cadence of the reader.

Never got to the end.

Would you be willing to try another one of Amy Landon’s performances?

Was Strangers in Budapest worth the listening time?

I wanted to like this book, but couldn't finish it.

Excellent writing and an exciting story

Where does Strangers in Budapest rank among all the audiobooks you’ve listened to so far?

The plot unfolded like a perfect symphony. From the start, the character's stories developed in tandem with enough to get to know them and then progressed throughout the story until I was able to understand and feel for each character. The plot unfolded in the exact same way, where it built to a suspenseful crescendo of excitement.

The final scene was so exciting. I can't give it away, but it had me at the edge of my seat with shallow breath, waiting to hear what would happen - as I imagine the characters were too.

Absolutely. I kept trying to find extra listening time in my day.

Having the opportunity to travel broadly with my husband, I had high hopes of enjoying this principal character’s experience abroad. The story was ridiculous and the characters were so poorly drawn that the reader is indifferent to their fates.
The fatuous, moralizing conclusion betrayed the author’s complete lack of insight regarding guilt and human nature.