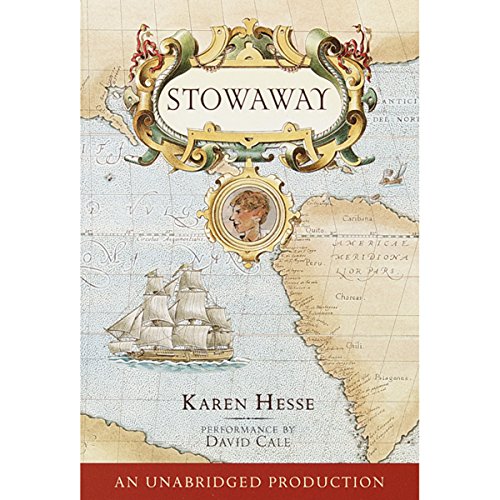 In 1767, 11-year-old Nicholas Young stowed away on Captain James Cook's Endeavour. Cook's three-year mission was secret: he was charged by the British Navy to search for a lost continent, believed to be located between the southern tip of South America and New Zealand. Young's journal charts the voyage, and with every port of call a new adventure awaits. This is the story of a great voyage of discovery seen through the eyes of a boy who was actually there.

What listeners say about Stowaway

Loved the story! My husband is building a model or the Endeavour and this book brought everything to life! Really enjoyed it but wished the hero had taken goat home with him as Goar played an important part of the story!

Review by a 10 year old boy

I am 10 and I loved this book because it is very historical and educational and it is cool to know that boys like me were on the high seas and helping on deck by repairing the boat.

the book was outstanding to read with my dad

Historical voyage brought to life through the eyes of a young stowaway. David Cole was a great choice as narrator!

I've listened to this book with all four of my boys. They all loved it. Based on true events and real people, this book will not disappoint. We listened to it on the way to classes and activities.

Historical voyage comes to life in this book

History and fiction come together to bring to life Captain Cook's famous voyage into uncharted waters in search of the discovery of new lands. The main character Nicholas young is based on a real stow away and the author portrays well through Nick's journal what his hopes and fears daily life and the wonder of seeing things never before discovered must have been like. The narrator is also good and enhances the story.