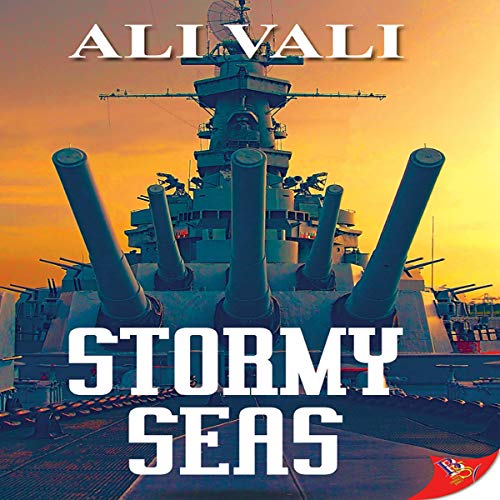 By: Ali Vali
Narrated by: Paige McKinney
Try for £0.00

Commander Berkley Levine and Captain Aidan Sullivan might have a life together if they survive the next mission. They’re undercover hunting down a treasonous ex-vice president and the militia he’s assembled to topple the US government, and the twisting trail grows deadlier at every turn. After an assassination and numerous attacks that could only have happened with inside help, they don’t know whom they can trust, and the future looks darker than ever.

Just when they think the trail has run cold, their old enemy, North Korean pilot Jin Umeko, unexpectedly offers to help. Reluctantly, Berkley and Aidan accept the uneasy alliance, even while suspecting Umeko is motivated by vengeance for the loss of her mother and family. If they want to destroy the threat to the country, they’ll have to risk their lives and their futures, but they’ve been prepared for that since the day they put on the uniform.

The high-octane follow-up to the best-selling action-romance Blue Skies.

What listeners say about Stormy Seas

Waited a long time for this sequel

And it didn’t disappoint!

Really like the story, the characters and the narrator.

A really good ride of a book.

I really enjoyed Stormy Seas. This book follows Blue Skies. It's helpful to read or listen to that one first. Basically some bad men want to overthrow the US government and some brave, smart women sail and fly in to save the day.

I absolutely enjoyed this book! This was book took me on an amazing ride! Aidan & Berkeley are great together. I also enjoyed hearing from characters from another Ali Vali book I live. The narration was great and kept me on the edge of my seat! I read the book and really enjoyed it but the audio took it to another level. I could totally see this on the big screen. Great Job Ali Val and Paige McKinney!!

A great sequel, I liked this book very much!! Thanks again for another great story line!

The story kept my interest even though some things about the navy are wrong. I can't help it 15 years and still going in the navy. The narration was good even though sometimes she has a sing-song like tone. But I still like Paige mckinney. Definitely worth a listen.

I can not believe I spent my weekend listening to both stories. I honestly wish this was a movie or a damn tv show. I loved both so much! Ali Vali bravo just a great story and a good twist on girl power and love. Paige you did just an amazing job in telling the stories. Definitely crossing my fingers to one day seeing this on the tv.

Amazing author!!! Great book!! And good narrator! LOVE Ali Vali! Need to read Blue skies first. This is the sequel for it!

I'm not ready to say bye

I loved this series so much I'm not ready to say goodbye to our badass women. I want an adventure with all of them and none of them getting captured or shot down lol. I want our two captains, our snipper, and our Korean badass. I'm not ready.

Loved it as usual. I love the narrator and all the parts she plays! She is awesome!