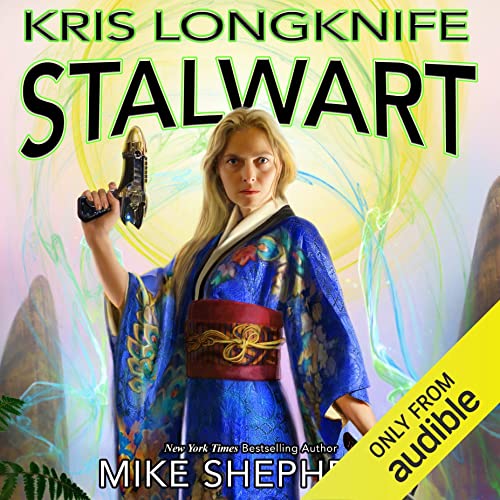 The foolish Iteeche clans that hauled Grand Admiral Kris Longknife back to the Iteeche Capital and interrupted her campaign against the rebels, are dead. Very dead. Their clans are disgraced and their palaces in ruin.

However, while Kris was handling that noise, the rebels took back one of the planets she had recently captured, Arteccia, and are planning to take more.

Now it's time once more again for Kris to kick butts and take names.

However, life is never easy for a Human in the Iteeche Empire.

The Clan Chiefs expect Kris to retake what the rebels took from the loyalists because that is the Iteeche Way. That is a tune she will not dance to. So, the Clan Chiefs play their ace: Do what we want, or we won't give you command of our ships.

To their consternation, Kris does not give in. She gives them a literal middle digit salute and invites every minor clan to join the fun and games of capturing planets and gaining plunder.

Unfortunately, the rebels have used their time well and they have their own plans for Kris, plans that should leave her fleet in ruins and the young Iteeche on the throne dead. Unfortunately for them, their plans can't really hold back Grand Admiral, the Stalwart Kris Longknife.

What listeners say about Stalwart

What game are you playing at?

This is being released as new, yet I heard this same book several years ago. It mysteriously vanished from my library, now reappearing years later as new. What game are you playing at?

Good writing but not much has changed.

Felt like hardly anything happened since the last book. Almost seemed like a copy of the last book with small changes. With how long the last two books were I thought more then the same old same old crap would have happened. Great writing but we’re not getting any where. I wish they could get the story back to exploring the universe or at least finish this stupid civil war within the next book. Have someone else take it over for her like they did when she was defending the bird people.