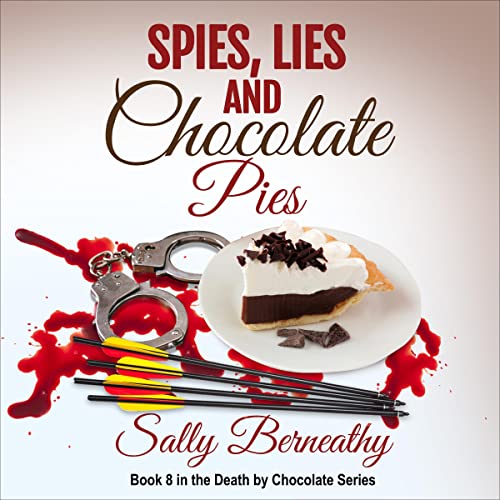 By: Sally Berneathy
Narrated by: Sarianna Gregg
Try for £0.00

Fred’s wife is found dead. Murdered. Skewered to a tree with an arrow.

Lindsay has lived next door to Fred for three years, and this is the first she’s heard of a wife.

Suddenly, Fred declares that Lindsay’s life is in danger, but he won’t tell her why. Lindsay declares Fred is being paranoid…until a figure steps out of the darkness and grabs her.

Fred is a man with many secrets. Those secrets may get Lindsay killed.

What listeners say about Spies, Lies and Chocolate Pies

I love, love this series and have waited awhile for this book to come out and come out in Audible! The narrator Sarianna Gregg is fantastic and just really makes this series! I hope that Sally B. won't wait so long for another book in this delightful series!