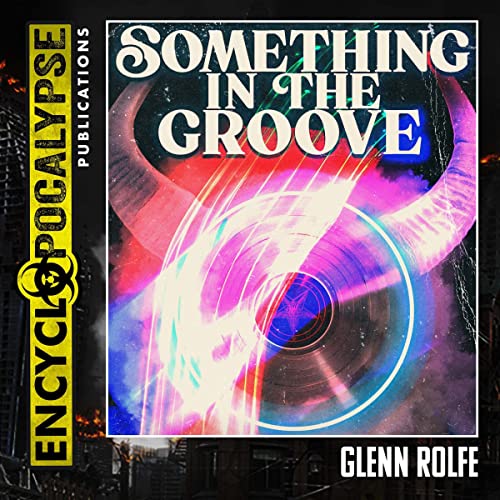 Something in the Groove

Lee, an urban shaman, gets tasked with tracking down a vinyl copy of the Dark Light EP by the ’80s hard rock band, Bad Obsession. The extremely rare record is said to be cursed. Nearly every copy of the album burned in a fire at Tower Records in Los Angeles the day of its release. With only one remaining member of the band alive and living in a home for those battling Alzheimer’s, Lee must return to Maine, a place where he’s battled evil forces before, and see if he can retrieve the album.

Living her life on autopilot and working in an economy motel, Rhiannon is visited by a dark force she’s not felt in years. The evil is familiar, but not quite what she remembered. This is something else. In over her head, she calls out for Lee, hoping her old friend can hear her.

Brought back together by a force beyond anything either has dealt with prior, Lee and Rhiannon must combat powers beyond their realm. The Master wants to come through, and should someone spin the crimson vinyl, that’s just what he’ll do. A portal is about to open, and the world is about to learn the true meaning of pain.

Something in the Groove is calling…can you hear it?

What listeners say about Something in the Groove

SOMETHING IN THE GROOVE by Glenn Rolfe and an excellent narration by Joe Hempel is an 80’s horror and music fans wet dream.