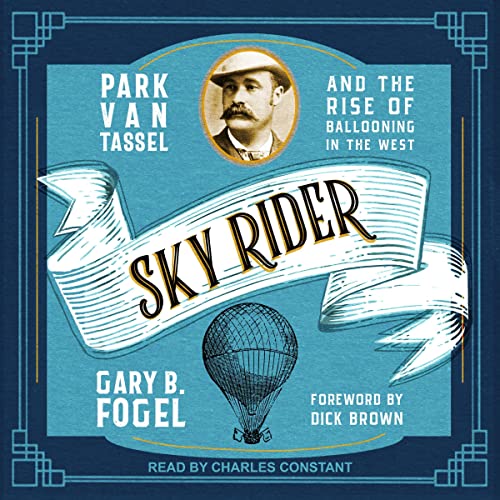 By: Gary B. Fogel,Dick Brown - foreword
Narrated by: Charles Constant
Try for £0.00

With a reputation as the hot-air balloon capital of the world and the home of the Albuquerque International Balloon Fiesta®, the southwestern desert city of Albuquerque frequently showcases the magic and adventure of ballooning. This legacy links back to the 1880s and a man by the name of Park Van Tassel. Through his pioneering flight, Van Tassel not only opened the skies to future generations across New Mexico, but he also opened minds to the possibility of manned flight throughout the American West.

A charismatic, P. T. Barnum-like showman, Van Tassel rose from obscurity to introduce the new science of ballooning and parachuting throughout the West. Van Tassel toured extensively-from California to Utah, Colorado, and Louisiana and later embarking on an international journey that took him to Hawaii, Australia, Southeast Asia, India, Africa, and beyond. Sky Rider weaves together the many threads of Van Tassel's extraordinary life journey, situating him at last in his rightful place among the prominent aerial exhibitionists of his time.

What listeners say about Sky Rider