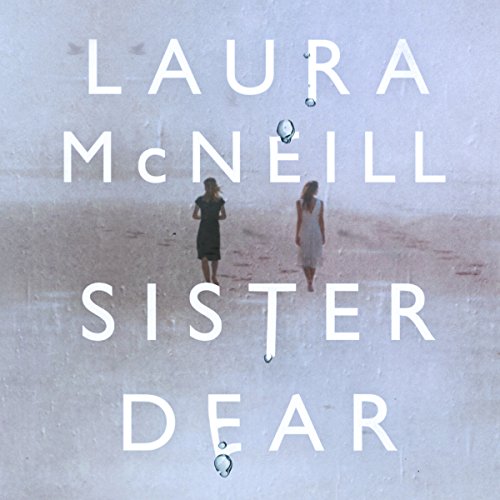 By: Laura McNeill
Narrated by: Clifton Harris
Try for £0.00

In this domestic, psychological thriller perfect for fans of The Silent Patient and The Woman in the Window, one woman wants nothing more than to prove her innocence. But those closest to her will do anything to keep the truth from surfacing.

Convicted of a crime she didn’t commit, Allie watched a decade of her life vanish - time that can never be recovered. Now, out on parole, Allie is determined to clear her name, rebuild her life, and reconnect with the daughter she barely knows.

But Allie's return home shatters the quaint coastal community of Brunswick, Georgia. Even her own daughter, Caroline, now a teenager, bristles at Allie's claims of innocence. Refusing defeat, a stronger, smarter Allie launches a battle for the truth, digging deeply into the past, even if it threatens her parole status, personal safety, and the already fragile bond with her family.

As her commitment to finding the truth intensifies, what Allie ultimately uncovers is far worse than she imagined. Her own sister has been hiding a dark secret - one that holds the key to Allie's freedom.

"Will have you flipping pages late into the night.” (Deep South Magazine)

What listeners say about Sister Dear

Wow, oh wow. This book was so good. I was so caught up in this book that I became emotionally attached. I was not sure who to believe or who to trust. I loved the way McNeill left bread crumbs for the reader to follow and how she slowly lead the reader through the story. Then, as the as the story slowly revealed itself, the suspense and thrill also increased. It was a roller coaster of a ride and the climax made me gasp. Sister Dear is about family, jealousy, justice, redemption, starting over and moving on. The reader will root for Allie while she searches for answers to prove her innocence. Will she be able to do it and at what cost? As secrets are uncovered lives are changed and long buried secrets both take unexpected turns and shatter everything Allie once believed was true. A great read for book clubs and lovers of suspense. 4.5 stars

Not Worth the Time

The story wasn't all that interesting and was a little all over the place. Is it about life in jail, getting out, a football team? A little bit to much going on in the storyline. I get what the author was trying to do, but I don't think it was accomplished.

I didn't like any of the characters and I don't think that a lot of their reactions were natural. Caroline was upset about her mom being released from ail for murder ( can you even get parole when convicted of murder?! ). The only reason I knew she was embarrassed/upset was because I was told. I didn't really get the feeling from her reactions and conversations with other characters. It wasn't a natural character development.

And Emma was trying to keep her niece with her after her sister gets out of jail. She was being sneaky and manipulative towards the situation. It was a weird reaction because I didn't get the feeling that she was that type of person. Again, I was told what she was doing instead of being shown.

The narrator didn't add anything to the story or characters. She was very plain and boring. Not much emotion and made it even harder to be interested in the story.

What did you love best about Sister Dear?

I loved the twists and turns of the storyline in Sister Dear. The writing was excellent and the narrator, though slightly monotoned, read well.

The best quality in the story of Sister Dear was Allie's determination, regardless of who was cruel or negative towards her. She was an excellent female heroine.

Which character – as performed by Clifton Harris – was your favorite?

I enjoyed Allie the best.

My tagline would be: Sometimes blood is just as thin as water...

A little predictable but quite enjoyable just the same. The narration was great and the story moved along fairly quickly which is important to me. I think the author could have held back a bit and revealed the twists closer to the end of the book - I prefer a little more surprise than this book offered. Still worth the credit.

Thought this was a medium to light story. Not too heavy but enjoyable. Summer read?