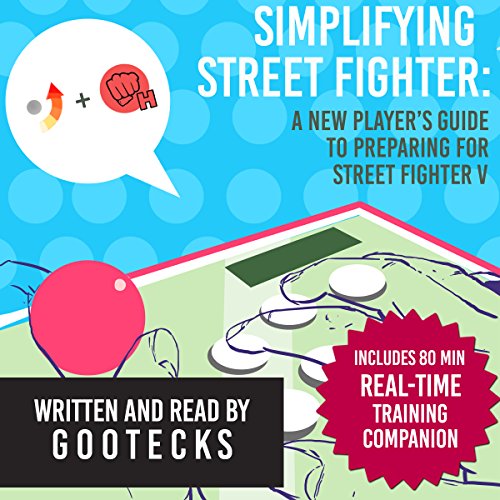 Are you tired of losing and feeling lost when you play Street Fighter?

Are you sick of getting beat down almost every time you play? Do you struggle against other players that you feel you should be beating? Do you want to step your game up and destroy the competition when Street Fighter 5 drops?

If so, Simplifying Street Fighter is a guide designed for you, the newcomer, to hone your skills in Street Fighter 4 so you can be better prepared for Street Fighter 5. If you're like most players, you struggle with nearly every aspect of the game: offense, defense, execution and combos, and generally having a game plan that is more complex than just mashing buttons at every opportunity.

Street Fighter is a series that requires practice, finesse, and knowledge. Unfortunately, most players don't have any guidance on where to begin when learning the game, which leads to lots of frustration and losses. This guide is designed to give you a road map for improving your skills so that when SF5 drops, you can hit the ground running!

Lots of players are under the misconception that since SF5 is a newer game, there's no point in playing SF4 and improving. While it is true that there will be lots to learn in SF5, such as new engines and characters, this is not a reason not to improve on your Street Fighter fundamentals in the meantime.

Like anything else worth doing in life, developing a foundation of solid fundamentals is the key to improving. Even though SF5 will have brand new characters and mechanics, the core elements of Street Fighter remain the same throughout the franchise. Execution, footsies and space control, combos, punishing, and resource management are important in all Street Fighter games and this guide will show you how to use SF4 to improve on these aspects of your game.

It's nice to hear gooteck's clear relaxed naration. I miss seeing him and mike on excellent adventures.

Gootecks does a good job at explaining the fundamentals of fighting games and giving practical examples using the Street Fighter 4.

I really wish I had this book when I 1st started playing street fighter. Its a great read/listen for new players to learn the fundamentals of the game.

Great to figure out why you suck

He does a great job at explaining how the fundamentals and even how to properly input commands and how you may be improperly inputting commands. I never realized I needed to go neutral with the stick after forward before quarter circle punch to dragon punch. After that tidbit I pulled them off at a much higher success rate, especial to quickly anti-air. Fine details like that that other write ups and articles may not explain, along with the great fundamentals of strategy and how to actual train is priceless.

A great audio book (especially the 80 mins of walkthrough training at the end) is great for beginners and people who suck like me.

from scrub to pro

just amazing to help get into the SFV scene. Gootecks knows exactly what to do to make some tougher issues simplistic for the beginner, while also lending some helpful insight top some more experienced players who may be at a bit of a stand still.