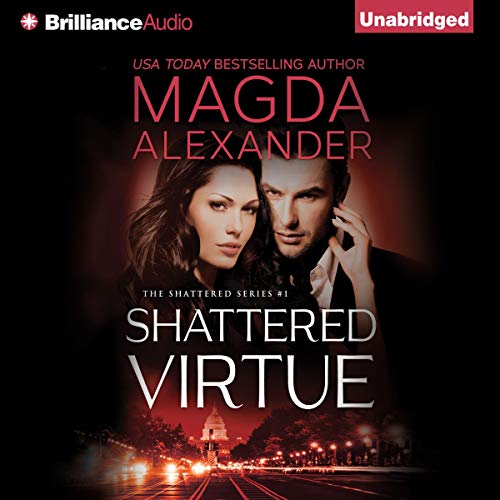 By: Magda Alexander
Narrated by: Jeremy York,Sophie Eastlake
Try for £0.00

After her parents' murderers get off on a technicality, Madrigal Berkeley vows to become a prosecutor for truth and justice. With her new law degree in hand, her grandfather insists she work as an intern at his prestigious law firm to learn the other side of the law.

The last thing top criminal defense attorney Trenton Steele wants is to babysit an apprentice - especially the boss's granddaughter. Not one to do something for nothing, he wrangles a deal from the firm that will give him his own private suite in exchange for teaching Madrigal the ropes.

Before long, this tough-as-nails lawyer and his wet-behind-the-ears intern are fighting more than court battles. They're fighting against a sexual attraction neither can control. A liaison could ruin his career and derail hers. Unable to stay away, Trenton helps Madrigal's covert investigation into her parents' murders. Soon they're uncovering long-buried secrets while succumbing to desires they can no longer deny.

What listeners say about Shattered Virtue

Don’t waste your time and money !!!

This author had a good story plot. The story was very suspenseful, and I enjoyed the suspense. However, there were some 50 shades elements in the story that was just not necessary. Those aspects took away from the story. I really liked Trenton, but I kind of thought Mxxzc (I hated her name ) was a little not too likable at times. However, she was a strong female which says a lot with so many female romance characters always being majorly insecure. Also, I think both narrators struggled with male/female voices. All in all, I enjoyed the story.

It is a cliffhanger Audible doesn’t tell you this though

I listen to book one then started book 2 the next day. I didn’t find out until the end of book 2 that it’s not the last book. So I put in 15 hours of listening to a series where there is no third book. Audible keeps doing this and I’m done listening to this author because they should be aware of this too. What a waste of my time two books over 15 hours and no ending. Yeah I’m mad as H_ll

apparently the narrator couldn't do a male voice correctly. Steele has an old man's voice and it ruined the whole book for me. You can't have the main character, who is supposed to be a sexy man, sound like a hoarse 90 year old. And this is probably a stupid saying to get annoyed by that I hate her name! wish she'd have come up with a halfway normal name. I loved the story over although, almost like a mystery.

This is the first Magda Alexander book I've listened to and it was great. The characters and story line kept me enthralled, I couldn't stop.

Couldn't Put it Down

Loved it. This story was well put together. Thoroughly enjoyed the narration, which helped to bring the story to life. Definitely looking forward to listening to Book 2, which was bought before the completion of Book 1.

It's took a while to get used to the voice of the male narrator, but besides that this is the best audiobook I've ever heard!