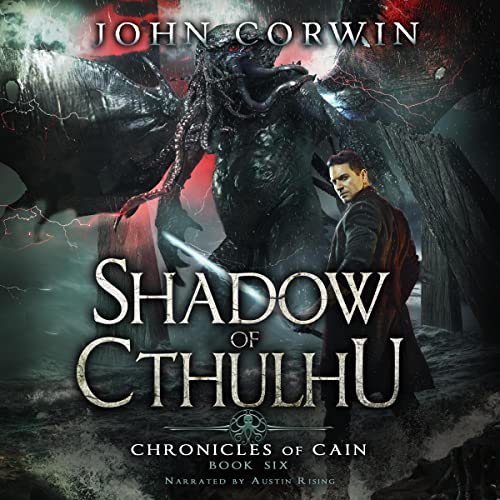 The god killer has escaped from her chains on Prometheus' Rock.

Aura from Dimension Beta killed Athena and unleashed eldritch horrors on Gaia Beta with the Apocalypse weapons stolen from Hephaestus' lost armory on Oblivion. She executed a plan that Cain never saw coming and even fooled the gods.

The gods are too busy fighting minions of the Elder Things in the divine realm to care about an escaped elf, no matter how dangerous she is. Since no one else will track down Aura Beta, Cain decides to take on the task himself. After all, tracking down hard-to-find individuals was his bread and butter before Hannah changed his life.

What starts out as a straightforward task quickly turns into a nightmare. Reaching Prometheus' Rock requires going through minotaur and centaur country. Beyond that is the land of the giants. But these dangers pale in comparison to what lies ahead.

Aura Beta is on Gaia Beta, a world overrun with eldritch horrors, and plans to invade Prime. Cain would usually assassinate such a dangerous person but killing Aura Beta is only a temporary measure. Thanks to the bargain struck with Athena, Auras from all dimensions are now immortal. If they die, they come back to life at midnight.

Cain has no choice but to wade through a sea of monsters so he can capture Aura Beta and put an end to the madness. Otherwise, Gaia Prime will fall, and the Elder Things will rule the human worlds.

What listeners say about Shadow of Cthulhu