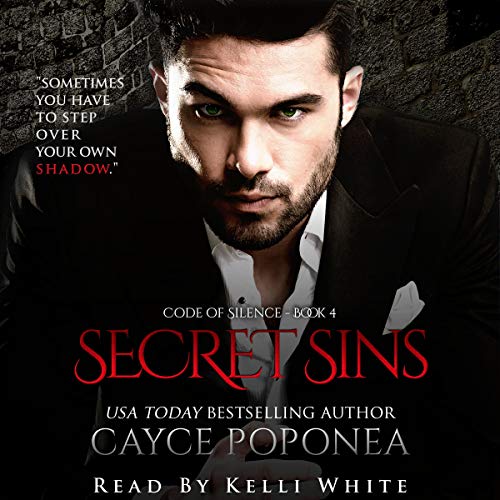 By: Cayce Poponea
Narrated by: Kelli White
Try for £0.00

A powerful man living in the shadow of his father. An innocent girl crying desperately for help. A suspense-filled, romantic story of self-discovery.

Declan Malloy was born into a lineage of great and powerful men. Molded from birth to one day take over leadership of the Malloy Family. His position dictates he must protect those who have been given certain badges of honor. Keeping them safe has never been a question on his lips until a late night cry for help places him at a crossroads. One decision with two choices. The first, lined in shrouds of secrets, lies, and deceit. The other, a clear path to living life on the edge, continuing his fast-paced world of power, money, and an endless supply of women.

But when a secret is revealed after he announces his decision, will Declan hold on to his need to step out of his father’s shadow? Or will his obsession to stand tall cloud his judgment and jeopardize his reputation, while costing him his heart.

Secret Sins is book four in Cayce Poponea’s Code of Silence series. If you enjoy a Mafia romance where the main character knows the true meaning of Family and is willing to sacrifice himself so others can continue to hold their head up. Where a young girl who refuses to hope for a love found in the pages of books and chooses instead to honor those who mean the most to her, then you will love this installment of Cayce Poponea’s thrilling series.

Pick up your copy of Secret Sins and discover this installment in the best-selling series, Code of Silence, today!

What listeners say about Secret Sins