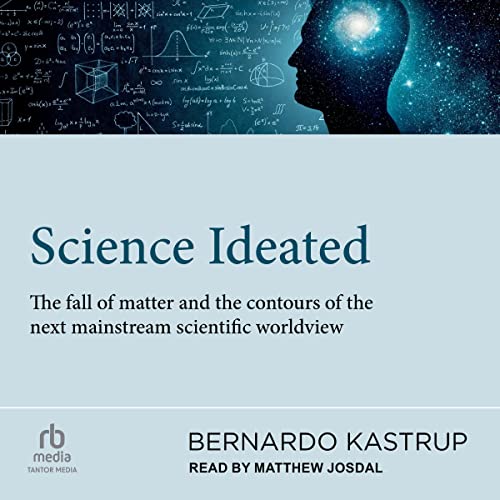 By: Bernardo Kastrup
Narrated by: Matthew Josdal
Try for £0.00

Leading-edge empirical observations are increasingly difficult to reconcile with "scientific" materialism. Laboratory results in quantum mechanics, for instance, strongly indicate that there is no autonomous world of tables and chairs out there. Coupled with the inability of materialist neuroscience to explain consciousness, this is forcing both science and philosophy to contemplate alternative worldviews. Analytic idealism—the notion that reality, while equally amenable to scientific inquiry, is fundamentally mental—is a leading contender to replace "scientific" materialism.

In this book, the broad body of empirical evidence and reasoning in favor of analytic idealism is reviewed in an accessible manner. The book brings together a number of highly influential essays previously published by major media outlets such as Scientific American and the Institute of Art and Ideas. The essays have been revised and improved, while two never-before-published essays have been added. The resulting argument anticipates a historically imminent transition to a scientific worldview that, while elegantly accommodating all known empirical evidence and predictive models, regards mind, not matter, as the ground of all reality.

What listeners say about Science Ideated

This is yet another beautifully insightful book from Kastrup. Absolutely love his thoughts. Very much recommended.

Narrator is frustrating to listen to with too much accent on words and bounding ego.