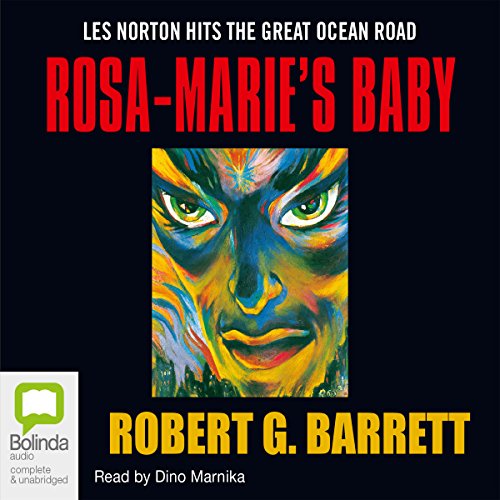 Les Norton finds a letter that has been lost in the system for years and discovers that he's not the only notorious Norton around. Devil worshipper and artist Rosa-Marie Norton, the Witch of Kings Cross, was so feared that she was arrested and her paintings burned. However, according to the lost letter, some of her now-valuable paintings have been hidden away in an old church in Victoria and Les aims to find them. Narrator Dino Marnika gives a rousing performance; his Les isn't so much a tough guy as a lovable rogue and raconteur with a wry sense of humor, and Marnika narrates Les' adventures with a wink and a sly grin in his voice.

What listeners say about Rosa-Marie's Baby