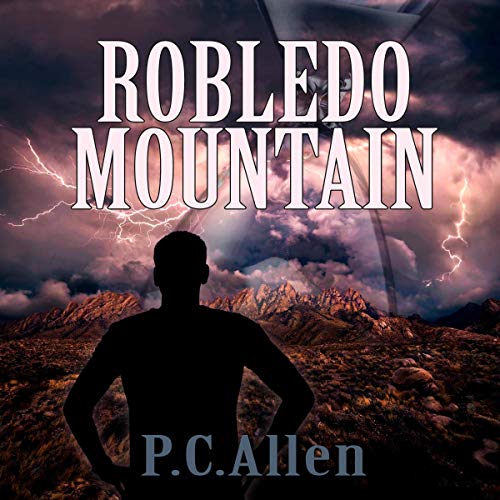 Paul McAllister, an aging military retiree, wants nothing more at this point in his life than to put the wars, cancer, and death of his wife behind him as he numbly glides into his final years doing the only thing he still enjoys – selling weapons and his services as a gunsmith on the gun show circuit of the American southwest.

Driving down the road in the Mesilla Valley of southern New Mexico, sandwiched in the few hundred yards between the Robledo Mountains to the West and the Rio Grande to the East, Paul loses consciousness while returning home from a gun show. An hour later, he regains consciousness finding himself swept away on the tides of time.

Is he really in the past? Is he dreaming? Is he in the midst of a psychotic episode? So begins his journey of discovery. Along the way, he battles Apache, Comanche, and Navajo warriors, fights bushwackers, discovers his roots, mines gold, finds love and friendship, and makes powerful enemies, all while establishing a home in the Mesilla Valley on the banks of the Rio Grande.

What listeners say about Robledo Mountain

This is the first of the series and I have been waiting for it. I have enjoyed the story and it gives a great alternative history of Southern New Mexico. It’s one the best of this genre. I hope that the rest of the series will be out in audible soon.

I did like the story but I did not care for the narrator of the book. I've read the book already and was looking forward to the audible version of Robledo Mountain. I just couldn't get into the audio version like I did the written version. Maybe the narrator will improve in the next title in the series. P C Allen does pretty good for his first novel and yes there are mistakes. What I like about him is that the next book is better. Mr. Allen improves his writing skills with each book. I never though about visiting New Mexico but after reading the series I would like to visit New Mexico now. It seems to be a beautiful part of the country.

Well, another author that I am one and done with.
I’ll give him 3 stars on story idea and then 1 start for everything else.
I had high hopes for the book when I started but as soon as the author started giving us all the background of the main character as a list of accomplishments during a dream, I knew it would be hard to finish the book.
The worst part is the complete lack of character development. There is Zero, Zilch, None for the main love interest. Here is what we know about her. Her parents are dead, she has read Don Quote and she works in her adopted parents’ restaurant and has a great smile, that’s it.
The characters all think and act with 20th century values and concepts not realistic.
Most books of this genre send someone back in time with just their knowledge (ok maybe not Harry Turtledove). Our main character is sent back with an RV and a trailer with enough modern weapons for an army every type of tool that he will need and everything he needs to charge its batteries with either solar or water. Oh and of course this info is given to us in a list. I think the author went back and revised the list as he discovered something the main character might need.
No idea why this book was getting 4 and 5 stars on Goodreads. One reader even said, “The plot twists and turns to keep the reader from putting it down” SPOILER ALERT – There are no plot twist or turns, its is extremely straight forward and repetitive. My advice is to skip this author and if you want a good alternate history book read Destiny’s Crucible series by Olan Thorensen.

Great read with just enough science to make it plausible. Would recommend to my friends.

Has three more in print in series....worth finding....series is ongoing.....mix of old west and sci-fi, which doesn't always work, but this author has done a great job......

I had to stop listening. The story is great. The narrators voice is fantastic. just not together. personally I found the narrator disturbing when he tried to do a woman's voice. it was...disturbing...unsettling... Maybe it was just me but I am going to have to say no on the Audible version. Yikes.

A retired veteran of Desert Storm is transported to 1850 New Mexico Territory. He makes his mark along the Rio Grand and the entire Southwest.