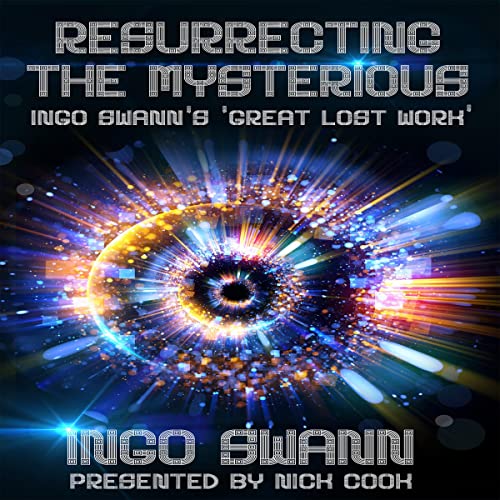 By: Ingo Swann
Narrated by: Will Hollingworth
Try for £0.00

Reinterpreting what it means to be awake.

The Hidden Revelation, a previously unpublished manuscript of Ingo’s, was discovered by Nick Cook in 2016 in a nondescript folder tucked inconspicuously among some of Ingo’s notes. Now, together with Beyond the Gods’ Devices, another undiscovered manuscript, it is published for the first time as Resurrecting the Mysterious, a posthumous compilation that delivers what we (that is Nick and Swann-Ryder Productions, LLC) offer here as Ingo’s "grand unified theory" of the human experience (and, in part, of consciousness itself). This asserts that paranormality is part of an "expanded reality set" rooted in the relationship between quantum theory, us the observer, and something infinitely more profound even that is fully described in Beyond the Gods’ Devices.

The Hidden Revelation is more concerned with us, the immanent experience, the inward journey; Beyond the Gods’ Devices with that world, whatever that world truly is that binds and connects us to "the numinous"—that which, at present, science is unable to describe. For many, it may also make the "hard problem" of consciousness just a little bit easier to comprehend. We certainly hope so….

What listeners say about Resurrecting the Mysterious