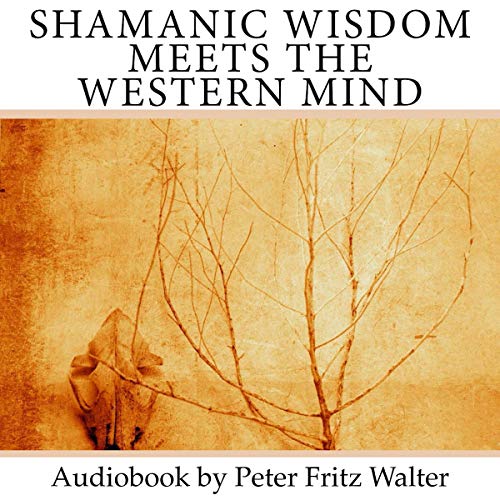 Shamanic Wisdom Meets the Western Mind: An Inquiry into the Nature of Shamanism - 2017 Revised, Updated, Expanded and Reformatted Edition provides a synthesis of realms of knowledge that hitherto were either blinded out from human consciousness or that were seen from a disparaging perspective that is in turn the result of a fragmented perception.

Shamanism, perennial science traditions, and modern science have been relegated to different cognitive and experiential realms; they were seemingly different topics, while in reality, they belong systemically together. The need for this audiobook is evident in a time where an intuitive and integrative approach to life is going counter to "authoritative" scientism and where people begin to build awareness of their multiple fragmentations. The study is destined to broaden the listener's awareness for apprehending a network of hidden connections that is spanning the whole gamut of human experience, once one honestly approaches living systems with a mind-set that is as much as possible free of conceptual conditioning and intellectual assumptions and projections.

The audiobook is designed to show that at the basis of shamanism, there is not myth and mythology, but empirical and logical behavior that approaches nature without preconceptions and with an open, inquisitive mind. The study outlines the shamanic science paradigm, which is empirical and holistic, and then presents and discusses, as a first-person account, a mind-opening psychedelic voyage of the author through the use of Ayahuasca.

Further, the audiobook outlines the person of the warrior-scientist, the shaman, his or her roles, and the scientific nature of their proceedings. The author presents 20+ years of research on shamanic cultures to find eight specific dynamic patterns of living that characterize their living continuum and that are the pillars of their peaceful and nature-loving kind of life.

This audiobook provides a truly integrative vision; in this sense, it goes beyond mere science and reveals to be a visionary quest.

What listeners say about Shamanic Wisdom Meets the Western Mind

it was hard going but very informative. probably not a good first listen in the topic of shamanism